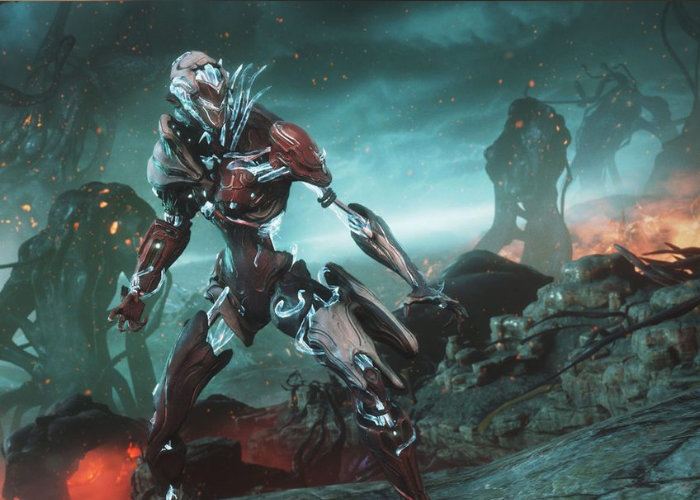 Douglass Perry PR Director at Digital Extremes has taken to the official PlayStation blog this week to reveal more details about the design behind the new Warframe expansion, which will be officially launching on August 25th 2020. A live demo at the TennoCon 2020 Convention, revealed the new expansion Heart of Deimos and the newly playable moon of Deimos, overrun and corrupted by the disease-like “Infested” faction. 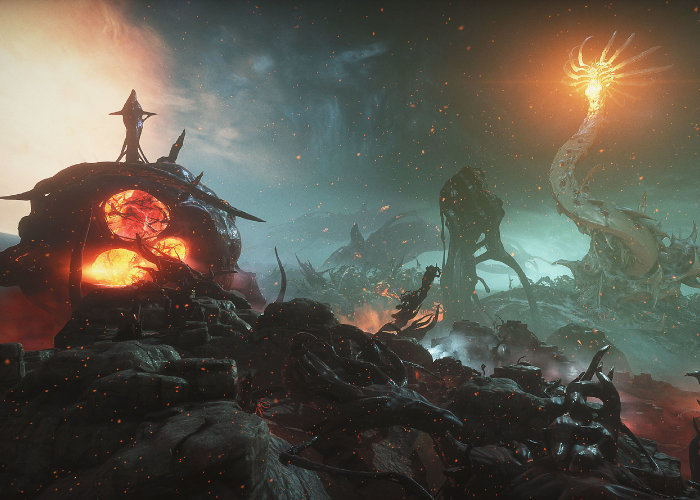 “Beautiful but grotesque, crawling with a hostile living landscape, featuring a backstory that’s also a new chapter, for us Heart of Deimos is ground breaking. For the first time in Warframe history, this update will simultaneously ship on all platforms later this month. Day one. When it launches, Heart of Deimos will introduce our third complete open world. Coupled with our new cinematic introduction, which places players into a larger, more meaningful context than before, and our 44th Warframe, Xaku, this update will bring Warframe into a new era of accessibility, depth and level of content than ever before.”

“Heart of Deimos dives into the central hive of the Infested faction, a biomechanical pathogen created by the ancient Orokin civilization to fight the Sentients. Deimos is slithery and sticky, alien and alarming, gorgeous, ghastly… even gross. When you first start playing, it feels like the whole moon is moving under your feet, alive and changing. Because it is.”

“The Infested have been a long-standing part of the Warframe universe along with the Grineer and Corpus factions. As players journeyed their way through our quests and narrative threads, we learned more about the Grineer and Corpus culture, their technology, and their history. The Infested have largely been on the periphery in this sense acting more as mysterious factions with unknown origins and motivations, not usually a direct or imposing threat… but our curiosity remains.”