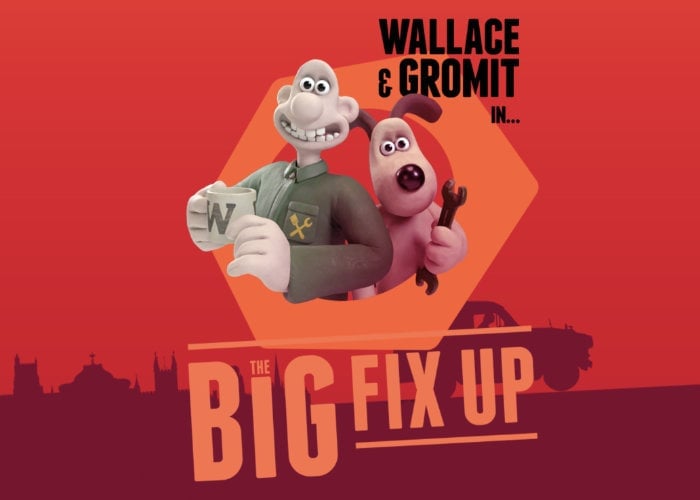 Aardman Animations has this week announced a new augmented reality story experience based on the popular Wallace & Gromit animated characters. check out the trailer below for a quick glimpse at what you can expect from the storyline within the AR experience that will be launching in the coming summer months

“Wallace & Gromit are soon to find themselves in a spot of trouble, and they’re going to be calling on the help of the public to get them out of it. Combining the latest in augmented and mixed reality, Wallace & Gromit: The Big Fix Up, is an all new epic adventure where users will be able to experience and interact with the story as it unfolds over time.”

“Later this year, join Wallace and his faithful hound as their latest business venture, Spick & Spanners, takes on the contract of a lifetime: to ‘Fix Up’ Bristol. Fans will be invited to download a free app and play along at home, as an employee, and for the first time ever, be able to step directly into the world of Wallace & Gromit.”