Due next month, the Bamboo stylus from Wacom is one of those rare gadgets that are specifically made for glorious union with another gadget—in the Bamboo’s case, the iPad. But wait, there’s more! 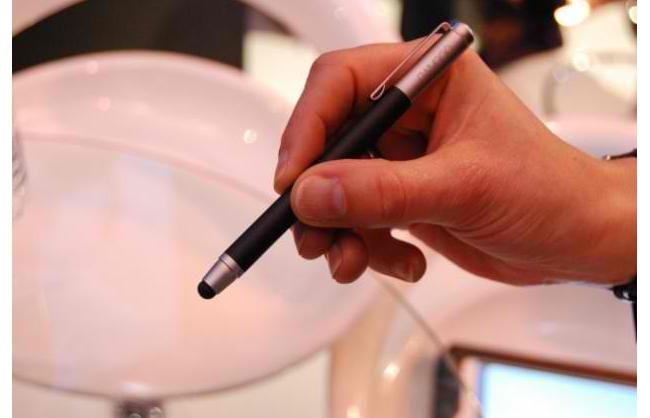 During a recent tradeshow a bunch of journos/fanboys got their hands on a bamboo and tested it on a variety of applications. The good news is it’s a jack of all trades. The even better news is it’s compatible with other capacitive touchscreens on Android devices.

What makes the Bamboo extra special is its top notch performance as a creative tool and a working man’s stylus. Be it on the spot art or important notes, the Bamboo carries itself well.

Now the Bamboo may look ugly, like a mini flashlight and fountain pen slapped together in a hurry, but so far it’s tested positive for awesome performance. Wacom’s baby is expected to retail in a matter of weeks. The price is around £24.99.