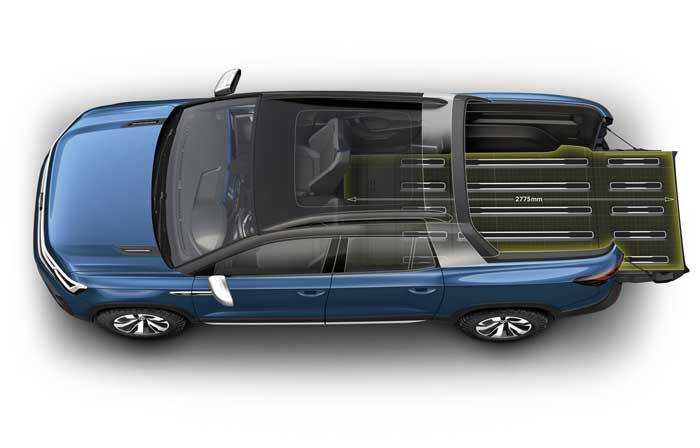 VW has unveiled a new truck in Brazil called the Turok Concept. The design of the truck is meant to look like an urban SUV mixed with off-road style. The big feature of the truck is a slick bed that can be configured to handle very long objects. The rear seat and bulkhead separating the cab from the bed can be folded flat.

The tailgate can also be folded down making for a bed that is 2775mm long, or a bit over 9-feet. That is a much longer bed than most mid-size trucks offer. VW has already promised that a version of the Turok Concept will launch “soon” in Brazil with minimal changes.

The concept used a 1.4L 150 PS TSI gas engine with a six-speed transmission. The production version will use a 2.0L turbo diesel with the same power output. The truck has permanent 4Motion all-wheel drive.