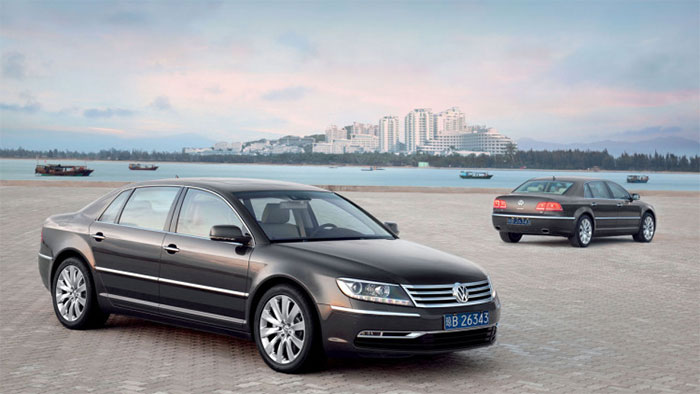 Could you imagine paying over $100,000 for a VW? Not many folks can which explains why you have likely never seen a VW Phaeton. It looks very much like a larger Jetta, not exactly what people want when buying a six-figure luxury car. That didn’t stop VW from whipping out 4,000 Phaetons last year. VW has been working on the next generation Phaeton and it is said to ride on the MLB platform.

Rumor has it that the VW Phaeton has been placed on hold by VW execs until lower production figures and material costs are ferreted out. It’s unclear why the Phaeton is being continued anyway. The car is hand built by specialized techs in low volume. Interestingly the VW Eos was discontinued for poor sales, and it sold about 4,000 units.

That is nearly the same number of Phaetons built last year and who know show many sold. VW has a stated goal of raising brand profit more than 6% by 2018. The brand sits at a measly 2.7% profit in 2015 so far. Perhaps a better plan would be to discontinue the poor selling Phaeton altogether. It’s unclear for now exactly how long the new car is being delayed.