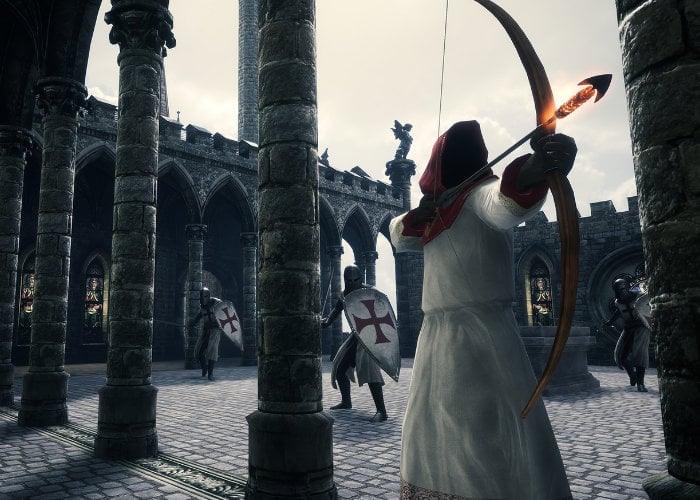 PlayStation VR gamers searching for a quick immersive VR archery game to enjoy are sure to enjoy In Death which is already launched via Steam and will be available on the PSVR platform on November 27th, 2018. Offering procedurally generated levels the arcade style are RPG offers plenty of action during which you must master your archery skills.

Reynir Hardarson Co-founder and Creative Director at Sólfar has taken to the official PlayStation blog this week to reveal more details about the awesome game, which I play on the HTC Vive and thoroughly enjoy every game thanks to its fast-paced rogue style gameplay. Which allows you to charge in or cut down enemies from a distance.

“We’ve created an achievement-based progression system that unlocks new power ups for your bow in the form of randomly generated special arrows and health boosts that you can loot from enemies. Defeating enemies also accumulates gold that you can spend in the Reliquary, an in-game item store where you can bolster your arsenal or defensive edge. As you unlock new achievements, you gain ever-increasing offensive and defensive skills that persist across each run.”

“But as you improve, new and more powerful enemies arrive on the scene, making each run increasingly more challenging. We’ve put great effort into balancing this progression system against the enemy difficulty level, and we think we’ve created a core loop that rewards skill-based players with the kind of replay value that is the holy grail of all good roguelikes.”

For more information on the PlayStation version of In Death jump over to the official PlayStation blog by following the link below.