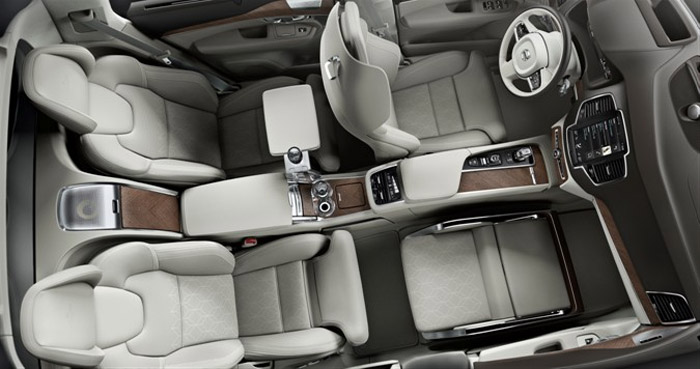 Last week Volvo unveiled a new concept that showed it was making a serious bid for the money of luxury buyers who prefer to be driven rather than drive with the XC90 Excellence. At the Shanghai Auto Show Volvo has unveiled another concept that is aimed directly at making executives in the back seat more comfortable as they are chauffeured around.

You end up with a console of sorts in the front seat area that can slide forward and back. Inside that console is a lighted vanity mirror, storage for accessories, a locking container, and a 17-inch media screen. The console can slide forward letting the big screen out for watching video and TV on the go.

“People who are on the move and have a hectic lifestyle going from event to event or meeting to meeting need some space, some luxury time, and the opportunity to relax and refresh themselves for the next engagement. This is ultimately what the Lounge Console is designed to facilitate,” concluded Thomas Ingenlath.