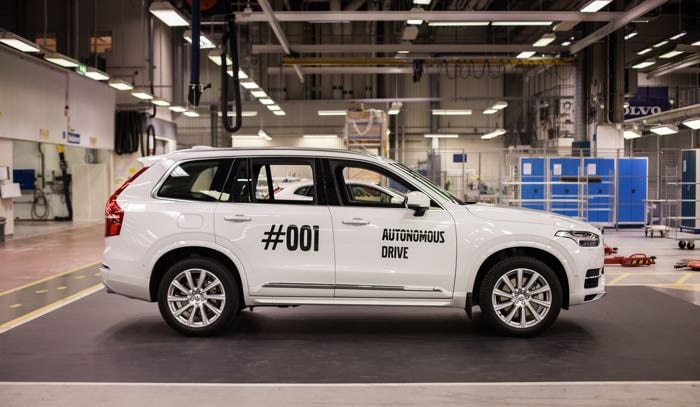 Volvo has announced that its new Volvo Drive Me self driving project hard started, the company will be testing out self driving vehicles in Gothenburg with real families.

The company will use an autonomous Volvo XC90 during the self driving tests and the cars will be used on the public roads in Gothenburg.

Volvo Cars, the premium car maker, has officially kicked off Drive Me, the world’s most ambitious and advanced public autonomous driving experiment. This morning it produced the very first autonomous car that will be used in the Drive Me project in Gothenburg.

The autonomous Volvo XC90 SUV was finalized in Volvo Cars’ special manufacturing facility in Torslanda this morning and is the first in a series of autonomous cars that will eventually be handed to real families in Gothenburg to be driven on public roads.

You can find out more information about the Volvo Drive Me project over at Volvo at the link below.