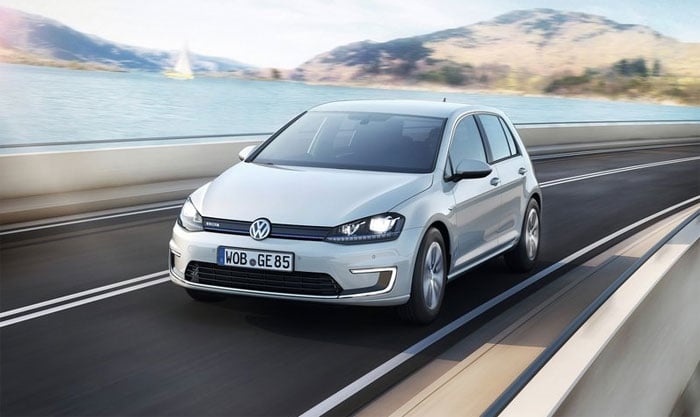 The car has a 115 hp electric motor that produces 199 pound-foot of torque. The car has enough performance to reach 60 mph in approximately 10.4 seconds and has a top speed that is electronically limited to 87 mph. Power from the electric motor reaches the ground via a single speed automatic transmission.

Volkswagen says that depending on driving style and which of the three regenerative braking modes are chosen, the car will have electric driving range between 70 and 90 miles. The car also has a special heat pump design to ensure that the vehicle battery pack operates optimally in cold weather and the battery packs are liquid cooled. The battery packs will need 20 hours to charge fully from a standard 110 V outlet and will charge for 220 V wall box in about four hours. Pricing is unannounced at this time.