I got my PS3 shortly after they were on the market so it’s one of the old, fat, PS3s that generate enough heat to warm your living room in the winter. As such, the thing needs lots of ventilation or it gets so hot the fan sounds like a helicopter.

A new docking station for the PS3 has been unveiled called the Vogel TwistDock for PS3. The device holds the PS3 at an angle that should help it stay cooler by allowing air to get to the bottom and top of the console. 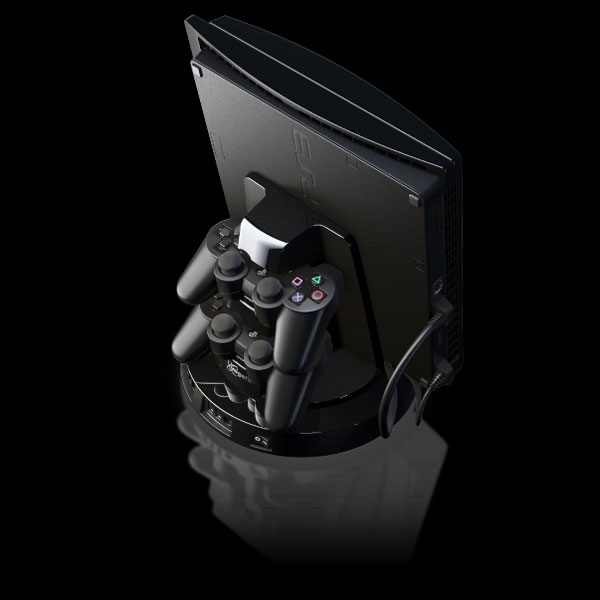 At the same time, the TwistDock has a pair of chargers for controllers and adds two more USB ports to the mix. The device has accessories like cables and a four-port USB hub for even more expansion. The TwistDock should be on the market in time for the holiday season.