UK mobile operator Vodafone have launched a new Android Jelly Bean smartphone, the Vodafone Smart III, and the handset will retail for £95 on Vodafone’s pay as you go offerings and will be free on Vodafone’s monthly contract which start at £13 per month.

The Vodafone Smart III comes with a 4 inch WVGA display and is powered by a 1GHz processor, it also comes with a 5 megapixel camera with an LED flash and auto focus. 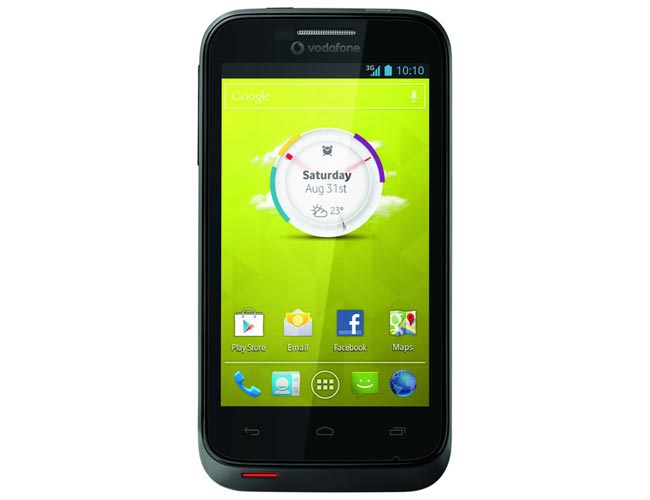 For just £95 on Pay as you go and free on 24 month price plans from £13 per month, the Vodafone Smart III is remarkably affordable. Innovative features such as Vodafone Media Manager allow for easy sharing of music and photos, Vodafone Battery and Memory Manager applications help to provide the best possible performance and the extensive collection of pre-installed apps, including radio, Facebook, games and access to the Google Play market make this a great value Smartphone,

The Vodafone Smart III is loaded with the state-of-the-art Google Now, which learns your internet habits keeping you one step ahead and providing you with handy tips on everything from the weather to the best route to work.

You can find out more details about the Vodafone Smart II over at Vodafone, the handset is available in both black and white.