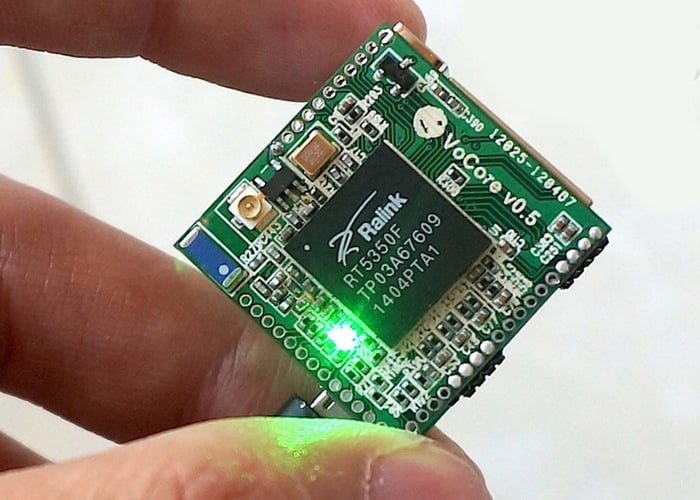 Developers looking for a tiny Linux computer might be interested in this new VoCore open hardware computer that is roughly the same size as coin and measure just 25mm x 25mm in size.

The VoCore has been developed over the last five months and is fitted with 32MB SDRAM, 8MB SPI Flash and using RT5350 (360MHz MIPS) at its core and is equipped with Wi-Fi connectivity. 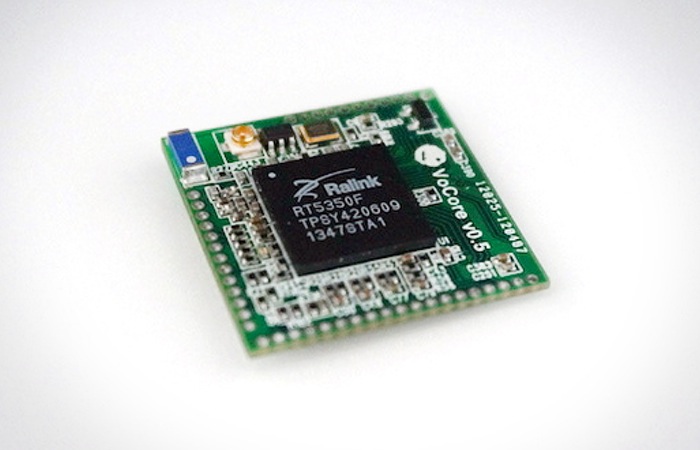 The VoCore comes supplied with full hardware design including sch, pcb, bom; full source code including boot loader, os(openwrt), applications, enabling you to had total control over your VoCore. 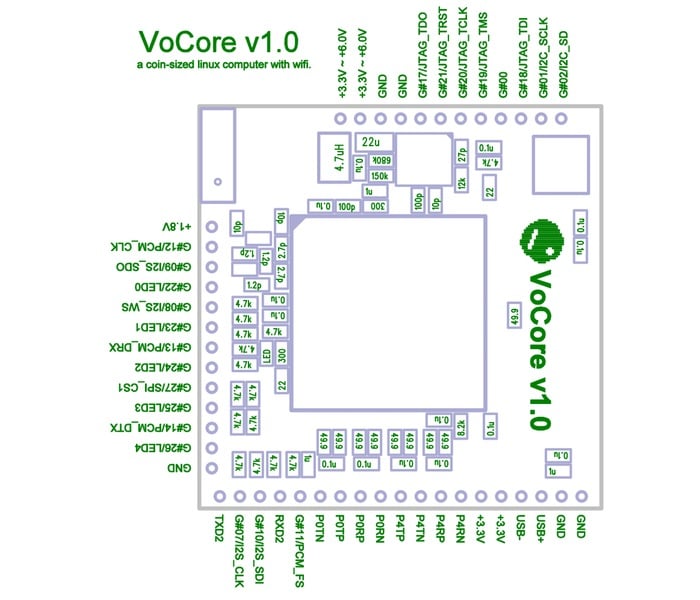 The production cost for small runs is proving expensive for the creator of VoCore and to combat this the tiny Linux computer has launched an Indiegogo crowd funding campaign to help it meet the jump from drawing board to production.

For more information on the VoCore tiny Linux computer which is available with a DIY dock for just $40 jump over to the Indiegogo website for full details.