Virtuix the omnidirectional virtual reality treadmill which launched back on Kickstarter in June 2013 raising $1.1 million from 3,000 backers, has just secured $3 million more in its first institutional financing round.

In a similar way to the virtual reality Oculus Rift headset the Virtuix Omni treadmill has been designed to help immerse people in a virtual environment providing them with the ability to run walk and move within the digital surroundings. Watch the video after the jump to see how it is combined with the Oculus Rift headset to provide a fully immersive experience for gamers. 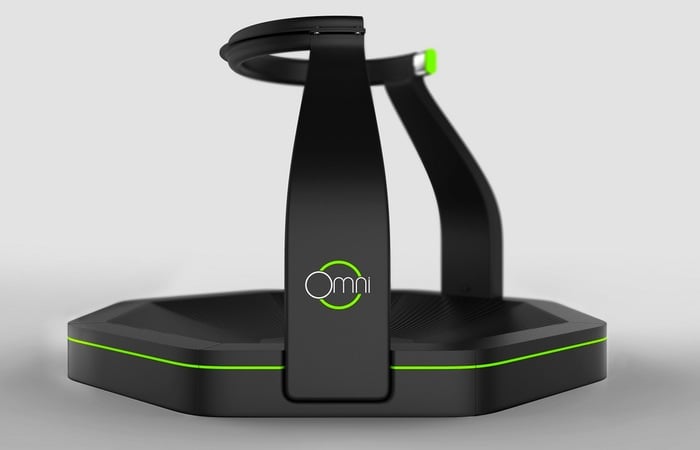 “The Omni will free gamers from passive, seated gameplay, unleashing the full potential of virtual reality gaming with the Oculus Rift and future head mounted displays. Gaming on a keyboard, mouse or gamepad while seated pales in comparison to the intense experience and fun that comes from actually running and jumping in games.”

New investors including Mark Cuban, Scentan Ventures, Maveron, Scout Ventures, Partech Ventures, StartCaps Ventures and undisclosed private investors that all invested in to the Virtuix treadmill.Perhaps Facebook is already keeping a close eye on the new VR device to combine with its Oculus Rift VR headset.