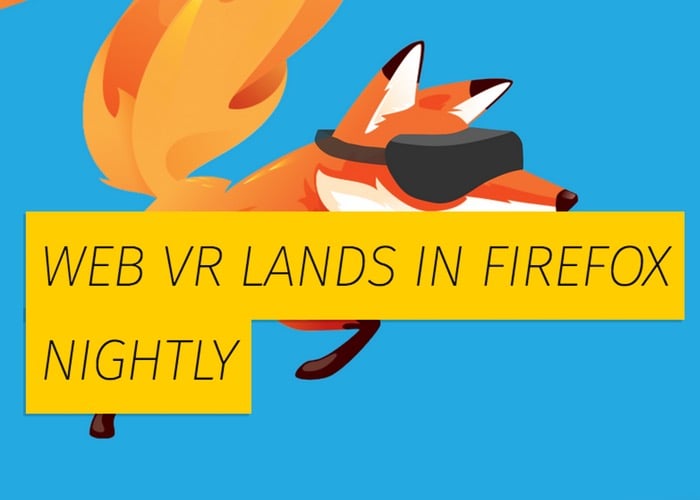 Developers that are already enjoying creating new projects using the Oculus Rift virtual reality headset, might be interested to learn that Mozilla has this week announced they are adding support for virtual reality rendering in to their Firefox browser.

For more information on the new WEB VR jump over to the official Mozilla website for details via the link below. Mozilla explains a little more about the new virtual reality integration into the Firefox browser:

“In 2014 Mozilla started working on adding VR capabilities to the Web. Our VR team proposed a number of new Web APIs and made an experimental VR build of Firefox available that supports rendering VR content using the Web to Oculus Rift headsets.

The add-on simply provides the Oculus Rift SDK library so that Firefox can access it. In the future, this functionality may be bundled directly with Firefox, or provided by Oculus Runtime itself. The source for the add-on, as well as build instructions, can be found on GitHub.

While VR support will be enabled in our Nightly and Developer Edition (Alpha) builds, it will currently be automatically disabled in Beta and Release builds. We’re still making rapid improvements and changes to both the VR interfaces and the necessary platform support pieces. Once WebVR is more complete, we’ll discuss shipping plans to our Beta and Release builds.”