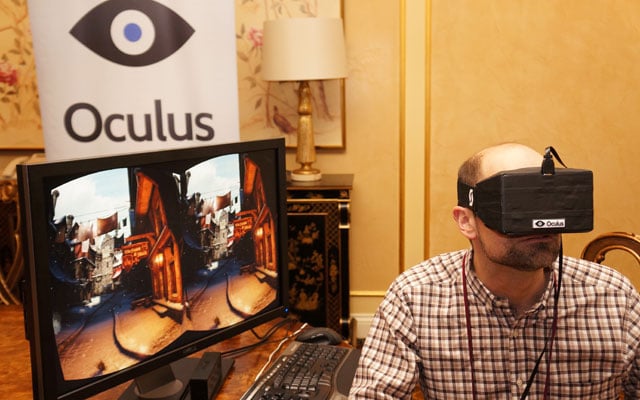 Their most recent financial backers, Santo Politi and Antonio Rodriguez, aren’t the only ones who believe in the potential success of the Oculus Rift. Oculus’ Kickstarter campaign, whose goal was only a quarter of a million dollars, ended up making about $2.5 million.

Let’s be honest though, the headset looks super goofy and rather uncomfortable. When I think virtual reality, I think a VR room that transforms around me. But then again, it all has to start somewhere.

What do you think? Could the Oculus Rift and virtual reality really be the future of gaming?