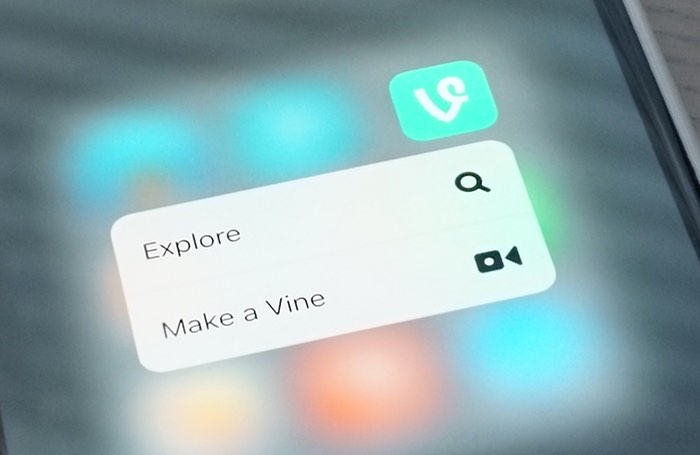 Users of the Vine iOS application that are also using the latest 3D Touch enabled Apple smartphone hardware, may be interested to know that a new update has been rolled out by Vine this week which brings with it the addition of support for Apple’s new 3D Touch technology.

The addition of 3D Touch support now makes it easier for Vine users to make a ‘Vine’ or open ‘Explore’ directly from their iOS device’s home screen.

As well as adding support for Apple’s 3D Touch interface the latest Vine iOS app update also brings with it a number of tweets, enhancements and improvements including the ability to now watch an account’s Vines in any order you want. From an account page, tap the icon next to Posts and select Newest, Oldest or Popular.

Jump over to the Apple iOS App Store for more details and to download the latest application for free.

Vine is the entertainment network where videos and personalities get really big, really fast. Watch videos that create trends, influence culture and make you laugh. Discover stories, characters and remixes you can’t find anywhere else. Be the first to hear incredible new artists and songs. (Vine supports iPhone 4 and higher and iOS8+)

– Watch and follow Vine channels like Comedy, Music, and OMG.
– Check out “Popular Now” and “On the Rise” to see what’s trending on Vine right now.
– Get notified when your favorite Viners post by tapping the star in the top right corner of their profile.
– Revine posts you love or share them on social networks like Twitter, Facebook and Tumblr.
– Make your own Vines and share them on the world’s biggest stage. Your post may go viral or start the next big trend!