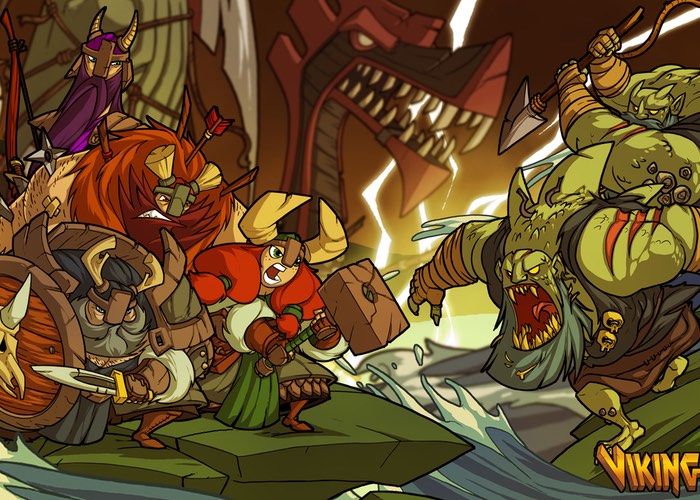 Caley Charchuk Senior Designer at developers Slick Entertainment has taken to the official PlayStation blog this week to reveal a few more details about the upcoming Viking Squad game which will be launching on PlayStation 4 tomorrow, October 4th 2016

Check out the launch trailer below to see what you can expect from the new Viking Squad PS4 game, during which you must put a stop to the wildly mischievous Loki and reopen the gates to Valhalla.

As a member of Viking Squad, you must put a stop to the wildly mischievous Loki and reopen the gates to Asgard. Work together to take on massive foes and expand your arsenal in this three player co-op brawler.

Choose between four different characters, each specializing in a different weapon and playstyle. Take on enemies from afar as the archer, go on the defensive with the shield, get up in your enemies’ faces as the dual axe berserker, or beat them to a pulp as the hammer maiden. Each weapon gives characters access to special attacks that can be used to mix up their combos and assist allies — experiment with them all to see which suits your tastes.

It wouldn’t be a viking game without some pillaging! Through your adventures, collect treasure to level up, unlock moves, and purchase new equipment to fend off Loki’s corrupt minions. You never know when you’ve found something of value, so get creative and experiment with your haul — it may pay off in the end!

For more information on the new Viking Squad game jump over to the official PlayStation blog website for details by following the link below.