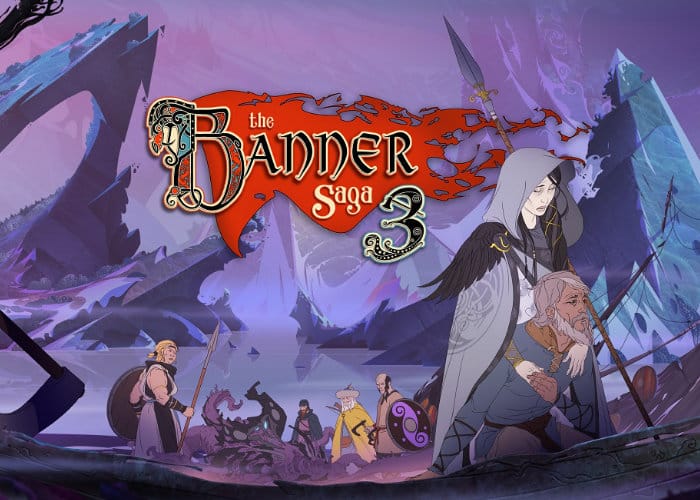 Banner Saga 3 the final chapter in the awesome Viking RPG series which has won over 20 awards and has been nominated for 4 BAFTA awards launched earlier this week as expected and is now available to play on PC, PlayStation 4, Xbox One, Mac and Nintendo Switch. “As the world continues to crumble around you, who can you trust, how will you protect your allies and what choices will you make as the Darkness draws near?”

– The Darkness Takes Over – Witness the Banner Saga as you’ve never seen it before as a dark force takes over and effects everything you’ve come to know in the beautifully hand-painted finale of the trilogy.
– New Playable Characters – choose a host of new characters to join your party, including dredge heroes! Take advantage of new upgrade options as they progress in battle.
– Deeper Strategic Combat – Play the new battle waves system against a myriad of new enemies. The valka spear and heroic titles let players customize their playstyle even further.
– Drive Your Own Narrative – Carry over your choices from both Banner Sagas 1 & 2 which lead to different climatic endings in this final chapter. No hero is safe.
– An All-New Original Score – Includes a brand-new soundtrack from Grammy-nominated composer Austin Wintory.

For more details and purchasing options if you haven’t already played the first two games in the series jump over to the official Stoic website by following the link below.