ViewSonic have released details of there new ViewPad 10Pro tablet with is designed to run both Windows 7 Professional and Android and has been stated as the first dual-OS tablet. But unfortunately its not a fully dual boot tablet as you would first imagine.

ViewSonic have loaded the new ViewPad 10Pro with virtualisation software called Bluestacks, which turns Android into a Windows app for users to then use. Allowing for instantaneous switching between Windows 7 and Android without turning off the tablet. 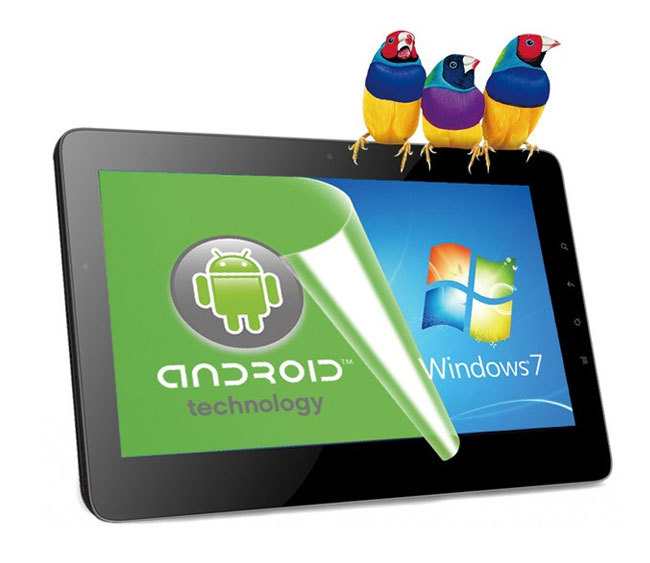 The tablet itself though s equipped with an Intel’s Oak Trail Z670 1.5GHz processor together with 32GB of onboard storage which is expandable via MicroSD or USB. Its also equipped with a 3500mAh battery capable of providing up to 4.5 hours of 1080p video playback.