Up until now video trailers have not been available on Apple’s App Store, although it looks like this is about to change, as one app has appeared on the app store with a video trailer.

This was spotted by Frederico Viticci from MacStories, who noticed that Clumsy Ninja now has a video trailer which shows you gameplay of the app. 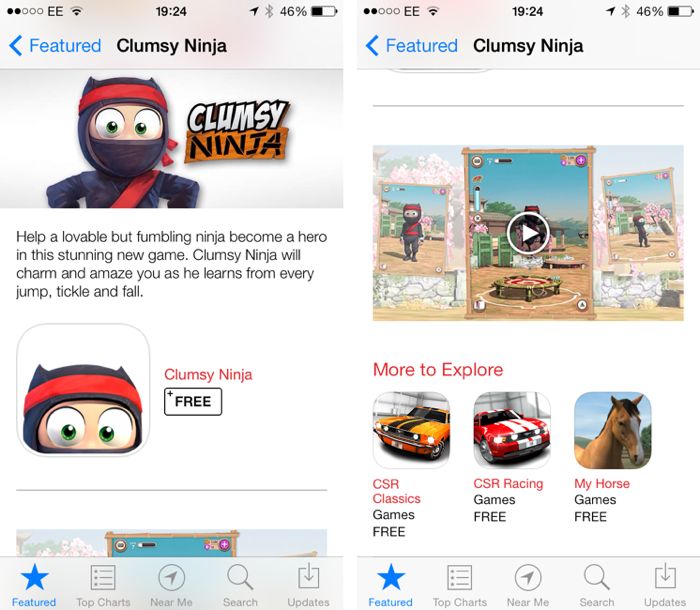 Clumsy Ninja is not a new game, it was first featured by Apple back in 2012 with the launch of the iPhone 5,  but the game was delayed and it has only just launched around a year after it was first announced. The game now has a custom page on the app store with a 1 minute preview of the game.

Whilst there is no official word from Apple, it looks like developers will now be allowed to include video with their apps on the app store, to give potential customers a view of what their app is like.

According to Mac Stories the video is only shown on the featured page for Clumsy Ninja at the moment, and not on the regular app store page.

Developers have been asking Apple for some time to allow them to include videos along with their photos on the app store, hopefully we will see more of these videos appearing on the app store shortly.