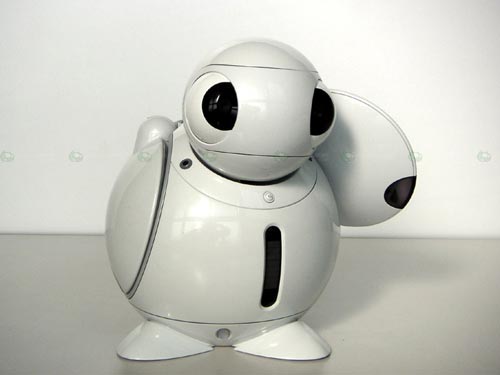 You guys may remember the cool new robot from Toshiba called ApriPoko that I featured on the site last month, well here is a video of this clever robot in action.

In case you missed the original story, the ApriPoko is a clever robot that learns how to operate any gadgets in your house that can be controlled by remote. He does this by watching what you are doing and the asking questions.

For example when you use your TV remote he will ask you ˜What did you just do?, you then tell the robot what you just did, for example switched to channel 1?, the next time you want to switch to channel one, you just say the command and ApriPoko will change the channel for you.

Like I said in the previous article, this has to be one of the coolest gadgets I have seen in a long time, and after watching the video this has gone to the top of my gadget list.