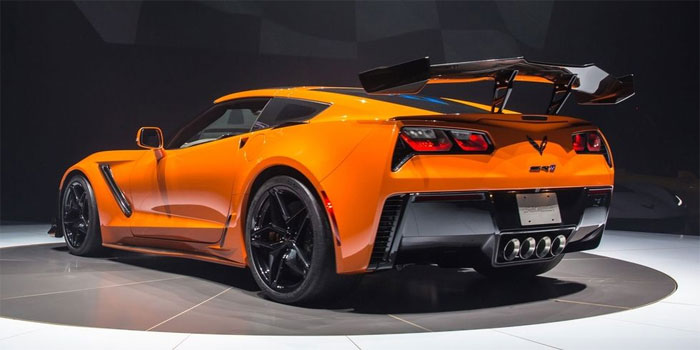 We are all excited at the prospect of the new Corvette ZR1. The car is insane packing in a 755hp V8 making 715 lb-ft of torque. It’s insane to think about a production Chevy making power of that sort. Chevy even claims a top speed of 212 mph.

A new video has turned up that is claimed to be of a stock ZR1 testing somewhere wearing lots of camo. In the video, you can clearly see white hot flames shooting out of the exhaust under full throttle.

Note that this isn’t a small burst of flames that go away quickly. This is full on rocket engine flames that go on as long as the beast is at full throttle. Word is that the ZR1 will crush the Nürburgring in under seven minutes. That is fast.