Check out this crazy demo robot from Segway, the RMP. 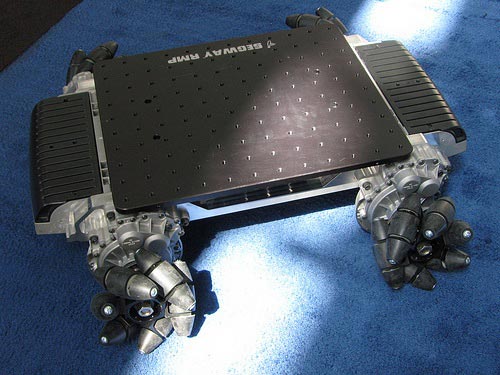 It uses the same parts that a Segway uses but just doubled, it can haul up to 400 lbs. The engineer was going to load the firmware on for demos later, but I took some video of video they had on a screen, it’s creepy cool for sure.