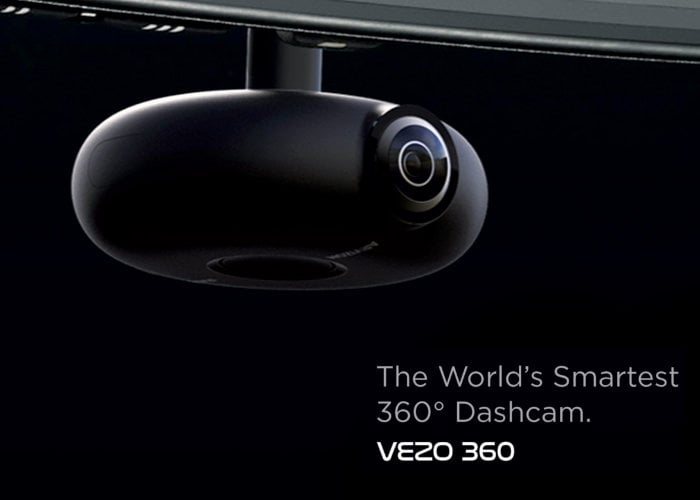 ArVizon based in San Francisco, California has created a new 4K dash cam offering 360° recording together with a useful safety feature that will detect when a driver becomes drowsy and provides an alert, thanks to its integrated artificial intelligence. Watch the demonstration video below to learn more about the VEZO 360 camera which has launched via Kickstarter this week to raise the required funds needed to make the jump into production. 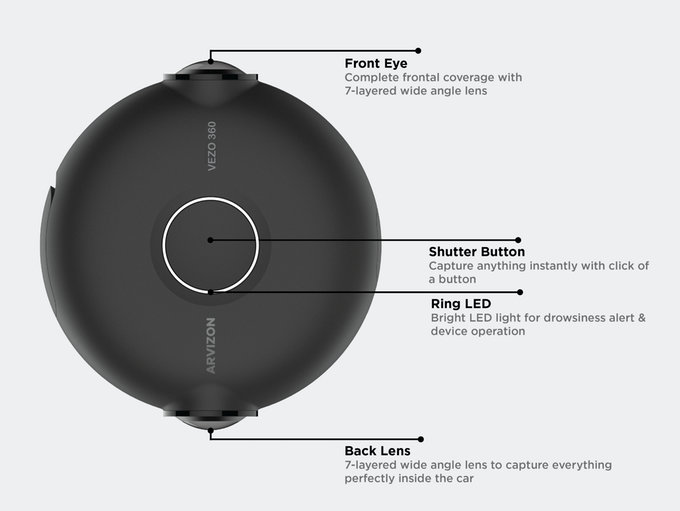 The Vezo 360 is a dual-lens 4K dash cam capable of recording a 360° view all around your car. Other features include 4G, Wi-Fi, Bluetooth, GPS and a mobile app and pledges are available from $149 or roughly £113 offering a considerable 50% saving off the recommended retail price which will take effect once the crowdfunding campaign comes to an end.

“Never worry about nodding off at the wheel again. The Vezo 360 AI is a truly smart dashcam that uses AI to constantly monitor the driver for tell-tale signs of drowsiness. At the faintest hint of Mr. Sandman’s arrival, Vezo alerts you to wake up! Vezo’s dual-lens camera records super high-definition 4K video in 360 degrees. Perfectly capture the entire view: out your windshield, at your blind spots and everything that’s happening behind you. Auto-accident detection records collisions and automatically saves footage to the cloud.“

For more details and full specifications jump over to the official Kickstarter project page by following the link below. “Vezo 360’s high quality imaging system ensures sharp videos and photos in the most demanding of situations. Each camera lens has a bright f/2.0 aperture with a wide 180 degree field of view. Its image processor uses 3D noise reduction, multi-exposure HDR, and backlight compensation to capture every detail. A large 1/2.3″ CMOS sensor enables high quality imaging and allows clarity even in low light situations.”