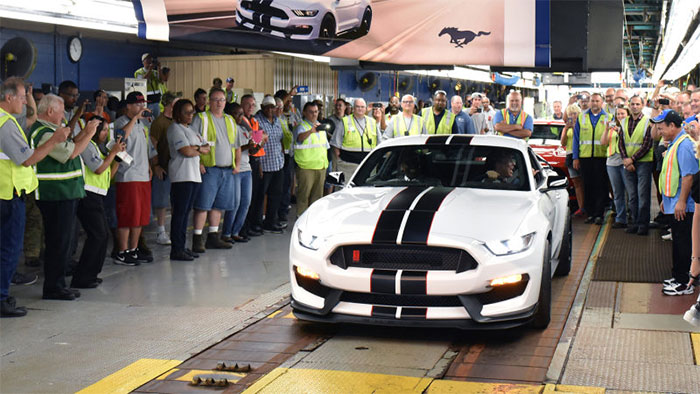 Fans of the new Ford Shelby GT350R Mustang will want to be aware of an important milestone. The Shelby GT350R has officially began production with the very first example rolling off the assembly line last week. The GT350R is the hotter version of the car designed with track work in mind.

The car will start at $62,195 making it considerably cheaper than competitive offerings from Chevrolet like the Camaro Z/28. I don’t know how Chevy dealerships handle things, but you can rest assured that Ford dealers will be tacking thousands of dollars onto the MSRP of the GT350 and GT350R for market adjustments.

“This is a special day for all Mustang enthusiasts,” said Bill Ford, executive chairman, Ford Motor Company. “We have taken the GT350 formula to the next level of innovation, style and performance. Today the legend continues.” I can’t wait to see the GT350 and GT350R in their natural habitat at racetrack around the country. The GT350R even gets carbon fiber wheels and lots of other go fast goodies. It should be one of the best factory weapons for track day fans all around the world.