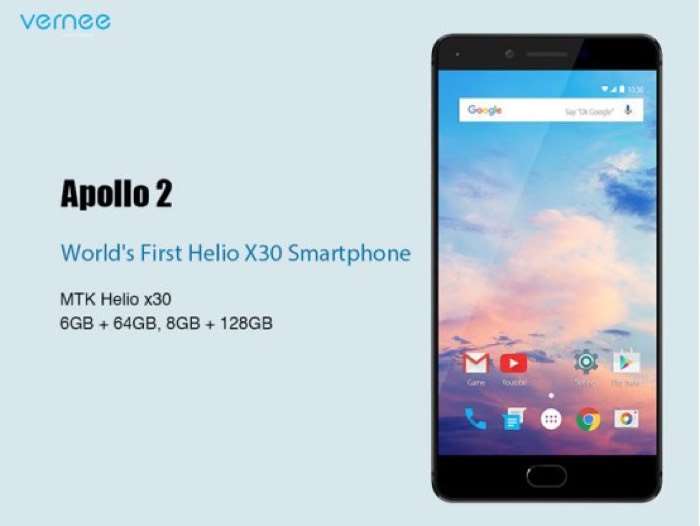 Vernee Global has revealed that they will announce a new smartphone at Mobile World Congress later this month, the Vernee Apollo 2 and the handset will come with a Helio X30 processor and a massive 8GB of RAM.

According to the company there will be two version of the handset, one with 64GB of included storage and 6GB of RAM, the other with 8GB of storage and 128GB of RAM.

So far those are the only specifications that the company has releaded about the device, we will have more details when it is made official at Mobile World Congress later this month.