Apple announced the highly anticipated iPad Mini with Retina display at a press event last month with a “vague” November release date. Yesterday, the Cupertino giant silently released the miniature tablet with increased shipping times, ranging from one to three days and may take five to ten for the cellular models as well as the high storage WiFi versions (64GB and 128GB). The tablets start art $399 for the 16GB WiFi version while the cellular models starts at $529.99. If you want to save some bucks, Verizon is offering the tablet with a $100 if you sign up a two-year contract with the carrier. 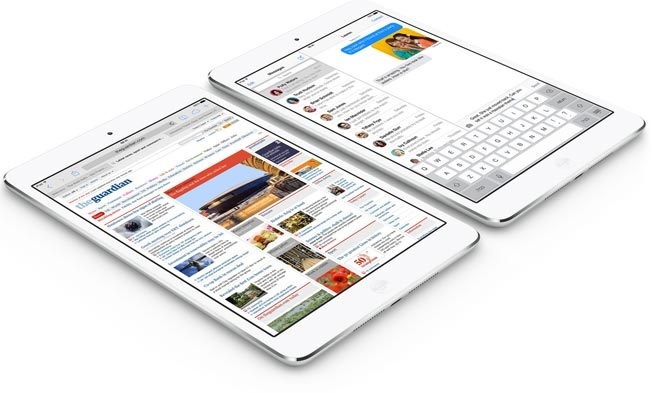 Verizon is offering iPad Mini with Retina for $429.99, provided you sign up for a two-year contract with the carrier. For the month-to-month, the price of the tablet is same as the Apple Store. All storage options are available for sale including 32/64/128GB models, but user might have to wait if they want to get the tablet from the carrier. 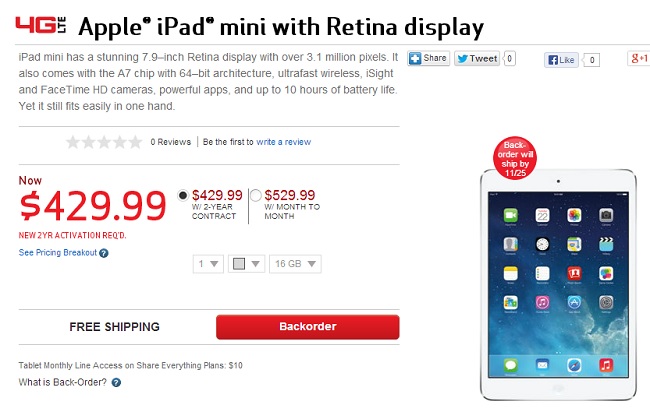 Verizon clearly mentioned on the iPad Mini with Retina product page that the tablet will ship by November 25th. Well, it’s not that long as the Apple Store also shows a shipment date of five to ten days from the day you place your order, which comes to somewhere around November 25th.

The tablet comes with a beautiful 7.9 inch display with a resolution of 2048 x 1536 pixels along with the same 64-bit A7 processor that comes with the iPhone 5S and an improved camera.

Are you going to buy the tablet from Verizon or do you prefer Apple store? Share your thoughts in the comments below.