Verizon has officially announced that the Motorola Droid Pro will be available on their network from the 9th of November 2010, for $179.99 with a two year contract.

The Verizon Droid Pro is a candy bar style smartphone with a 3.1 inch touchscreen display, a 1GHz processor, and a five megapixel camera with built in auto focus and an LED flash. 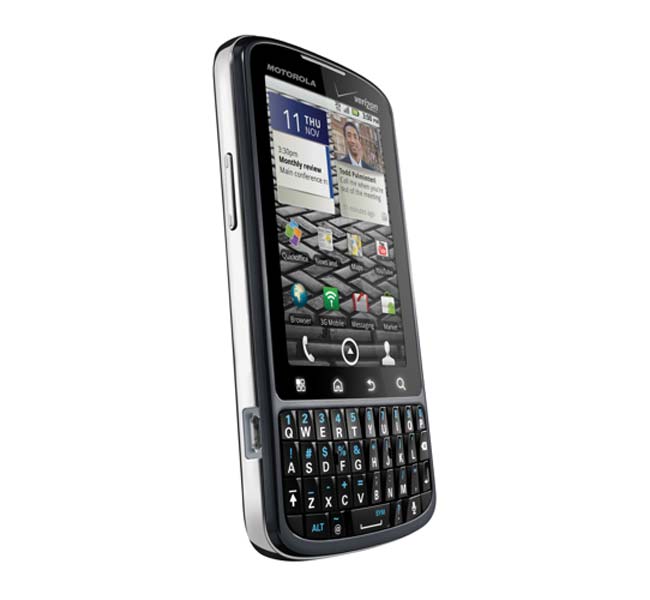 Other specifications on the Verizon Droid Pro include 2GB of built in storage, plus a microSD card with a 2GB card installed, and it comes with Android 2.2 Froyo.

The Verizon Motorola Droid Pro also features integrated WiFi and Bluetooth, plus DLNA support, and it can also be used as a 3G mobile hotspot. Have a look and our article on Android vs iPhone to see which smartphone and mobile platform is best for you.