We are still waiting to find out from Verizon when the new Samsung Galaxy nexus will go on sale in the US, we have the 8th of December as the rumored launch date, and the device is expected to retail for $299 with a new two year contract.

Now a Verizon advert has appeared on the web, which shows the Samsung Galaxy Nexus will be available on Verizon at some point for $199.99, which you can see below. 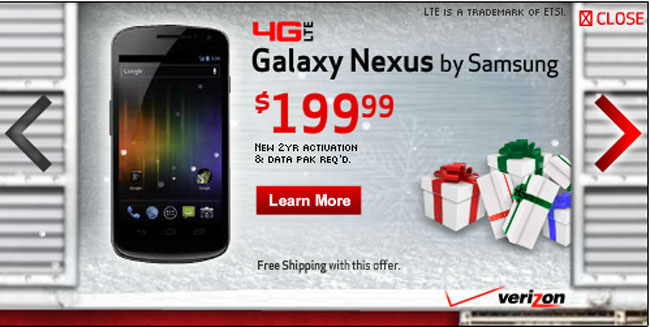 We dont know as yet whether this will be the actual price at the launch of the Galaxy Nexus or some sort of promotion Verizon will be running for the holidays, as soon as we get some more information we will let you guys know.