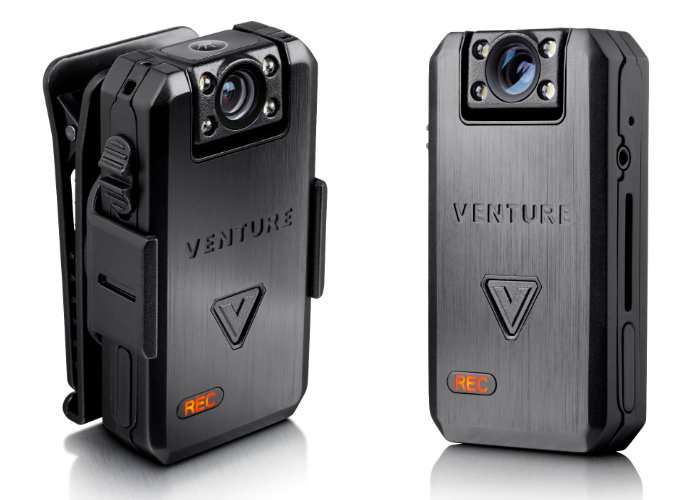 Venture is a new rugged wearable HD camera created by WolfCom Enterprises based in Los Angeles within the United States. Equipped with a 120-degree wide-angle lens and 4 bright LED lights the Venture camera is now available to back with pledges starting from $149.

With its rotatable camera head and multi-functional clip design, Venture is ready to capture the action wherever you may be. Check out the video below to learn more about its rugged construction and feature set.

• Records beautiful 1080P footage directly to the unit (30fps)
• 120-degree wide angle lens with no fisheye effect
• Critical Reconnect Technology (™) –  if any of your extra camera attachments get disconnected, VENTURE keeps recording
• Anti-Video Deactivation Technology (™) – keeps you from accidentally turning VENTURE off
•  4 bright LED lights allow VENTURE to be a flashlight while you record
• Built-in Wi-Fi allows you to livestream straight to Facebook Live or YouTube Live
• Users can livestream using their smartphone’s 4G/LTE connection
• Can be used as a car camera
• Interactive, easy-to-use app (Andriod and iOS)

– Whether for fun, personal safety, or any other reason, having a body camera or car camera in today’s modern world just makes sense.  In order to simplify the process, we created VENTURE – the only everyday wearable digital camera you’ll ever need.

– Lighter, smaller, and smarter than a GoPro, VENTURE’s sleek and light design and rotatable lens allows for better quality, livestreaming, and more versatility so you can use your camera any way you want. Just clip it, press the button and go! You’re in control of what you film and what you share with the world!

Jump over to the official Indiegogo crowdfunding website via the link below.