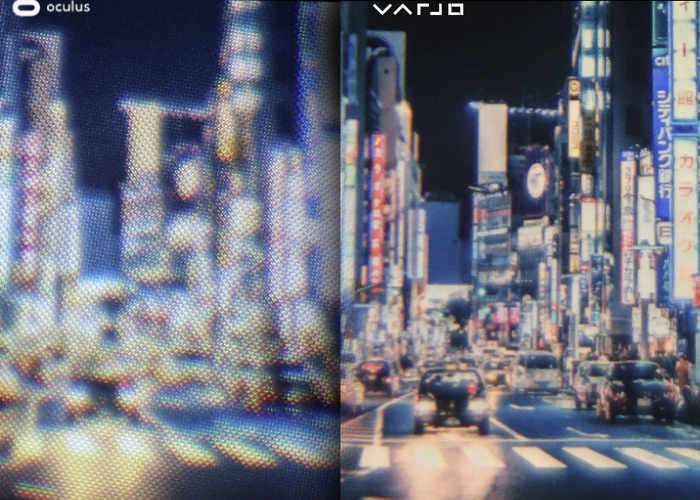 One of the big issues currently being experienced by virtual reality headsets is the pixelation of the imagery which is projected onto the lenses of the current headsets. One company based in Finland is now trying to correct this and is creating a new VR headset codenamed 20/20 which the company says will provide users with ‘human eye resolution’.

As you can see from the image above the Oculus Rift headset offers a very pixelated image while the Varjo hopes to provide a far superior resolution to allow VR users to enjoy further immersion in the new technology.

Human eye resolution technology within the Varjo will provide a quality of over 70 megapixels versus around 1.2 megapixels per eye for the Oculus Rift and HTC Vive.

Varjo is expected to start launching virtual reality hardware and headsets specifically for professional users sometime late in Q4 2017 says the company. Unfortunately no information on pricing has been released as yet, but as soon as information comes to light we will keep you updated as always.