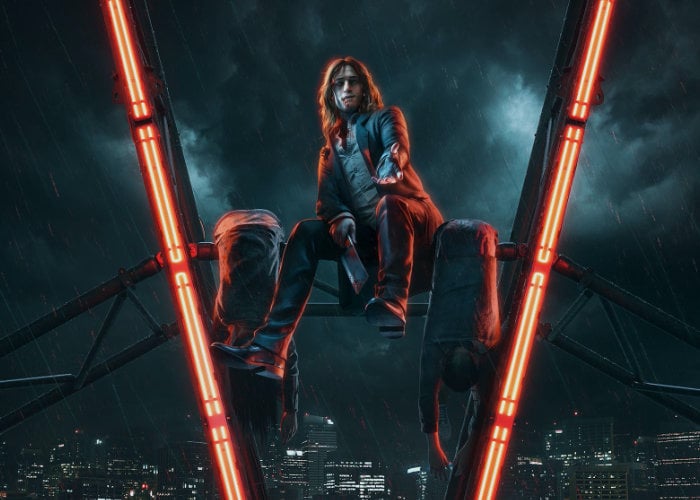 The development team responsible for creating the Vampire The Masquerade Bloodlines 2 game, has today disappointed those who have already pre-ordered the vampire game by pushing the release date back into 2021. 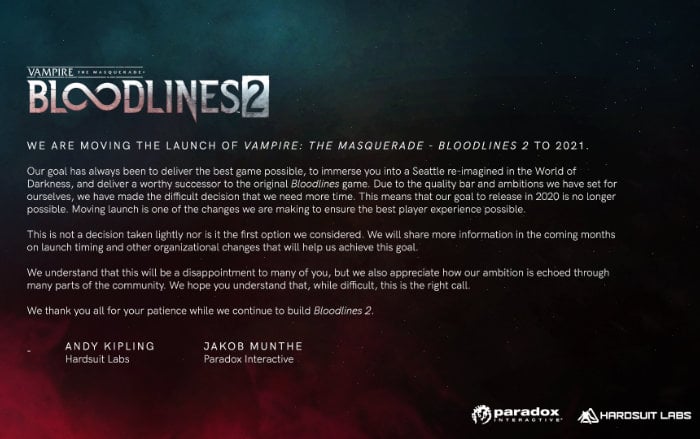 The action role-playing video game being developed by Hardsuit Labs and published by Paradox Interactive, was expected to launch this year but now will be launched sometime during 2021, although no specific date has been released as yet. When the game does arrive it will be available on PC, PlayStation 4, PlayStation 5, Xbox One, and Xbox Series X.

Today we have an important announcement in regards to the release date of Bloodlines 2. 🦇 pic.twitter.com/M3xR5qOOpN

Vampire: The Masquerade – Bloodlines 2 takes place in 21st-century Seattle, during the Christmas season. Set in the World of Darkness, the game depicts a world in which vampires, werewolves, demons, and other creatures shape human history. The vampires are bound by a code to maintain their secrecy (forbidding the use of vampiric abilities in front of humans) and avoid unnecessary killing (to preserve the vampire’s last shreds of humanity).