Last week, Valve announced they will ship Steam Machines and Steam OS to beta testers. Valve’s beta program selected 300 beta testers and shipped their consoles. It seems the first shipments have arrived at a few places, and photos and unboxing videos have started to appear all over the internet. By looks, the device appears to be similar to the one spotted before. 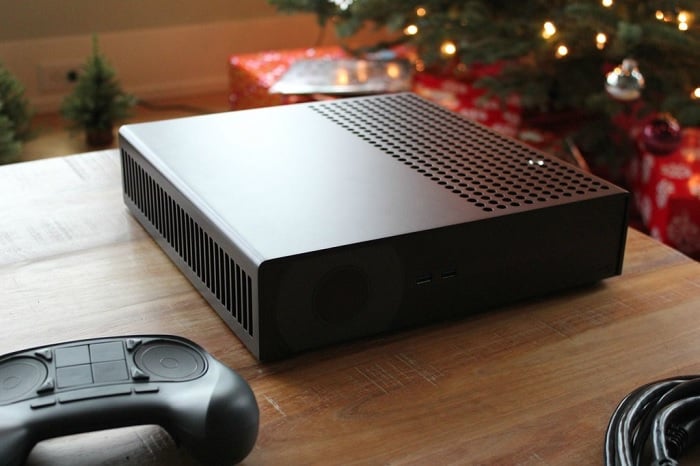 The consoles shipped in wooden crates instead of the original device packing we’re used to see with consoles. Inside the packing is the steam machine, HDMI and USB cables, Steam controller, a power cord, Wi-Fi antenna, and recovery USB. The image gallery is posted by a user on Imgur which shows all the goodies that ships with the device. 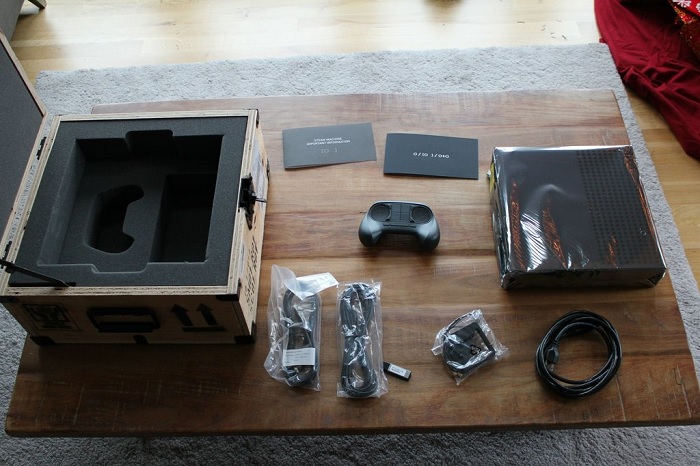 The Steam Machine pictured above comes with a decent set of specifications including, a 3.20GHz Intel i5-4570 processor, 16GB of RAM, Zotac made GTX 780 GPU with 3GB of video memory, an ASRock Z87E-ITX motherboard, and Silverstone ST45SF power supply.

Another user Corey Nelson also posted an unboxing video on YouTube, showing a detailed look at the box and other components inside the package. Additionally, he also posted a bunch of other videos on his YouTube channel including the one showing the boot up screen of the SteamOS with another one that details the Steam controller.