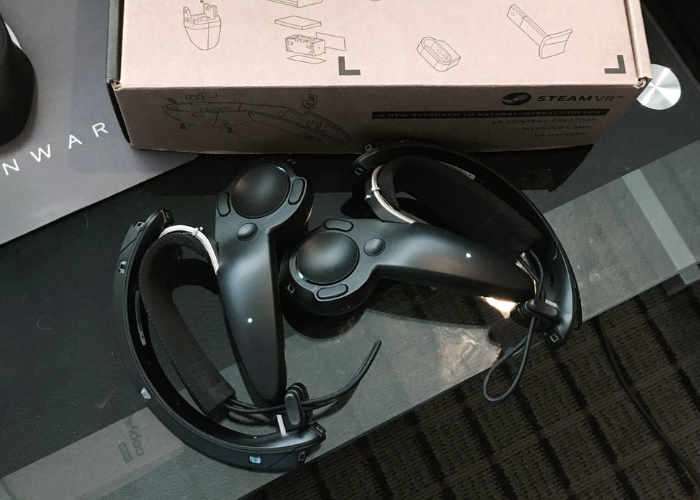 After being unveiled at this month’s E3 2017 technology and games show, Valve has now started shipping its latest virtual reality Knuckles Controllers to developers for them to start creating and modifying their virtual reality games to support the new independent finger motion and gesture controllers.

Thanks to developer Cloudhead Games a few images have been released showing the latest Knuckles Controllers and the new ergonomic improvements which have been rolled out ready for their consumer launch later this year. Cloudhead confirmed via Twitter, explaining that the latest version is “considerably more comfortable over all.”

Only select developers are currently available to get their hands on the new Knuckles Controllers which will hopefully be launched by Valve as a consumer product very soon.

To learn more about Valve’s Knuckles Controllers jump over to the official Steam VR website and the Knuckles Group via the link below.