Valve has today announced that its open the doors on its new Valve Early Access area which allows the Steam gaming community to purchase pre-release game titles.

The new Valve Early Access website will be receiving a number of new pre-release games over the coming months allowing the Steam community to provide feedback on gameplay, bugs and anything else that might grab your attention. 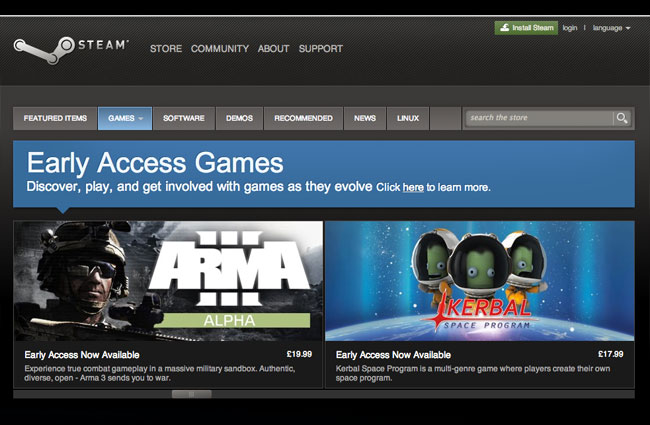 Game you can expect to see on the new Valve Early Access website include: Arma 3, Drunken Robot Pornography, Gear Up, Gnomoria, Kenshi, Kerbal Space Program, Kinetic Void, Patterns, Prison Architect, StarForge, and Under the Ocean, to name just a few.

“Get immediate access to games that are being developed with the community’s involvement. These are games that evolve as you play them, as you give feedback, and as the developers update and add content.

We like to think of games and game development as services that grow and evolve with the involvement of customers and the community. There have been a number of prominent titles that have embraced this model of development recently and found a lot of value in the process. We like to support and encourage developers who want to ship early, involve customers, and build lasting relationships that help everyone make better games.”

For more information on the new  Valve Early Access  jump over to the Valve website for details.