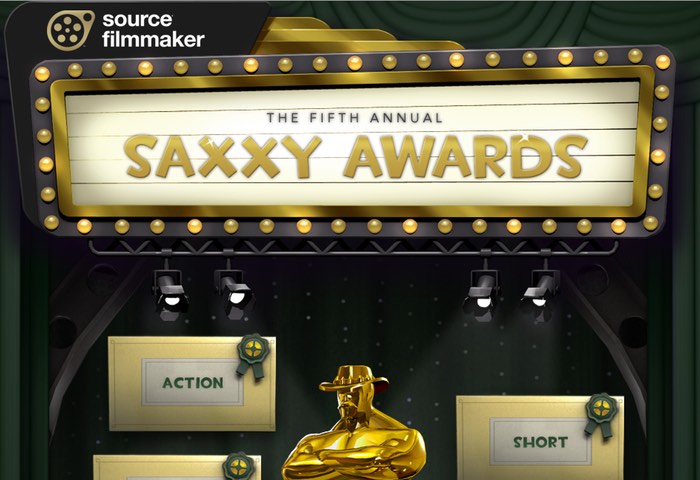 This year’s fifth annual Saxxy 2015 Awards have now taken place and congratulation goes out to Dunkie for the original and very entertaining Turbulence short movie which can be seen embedded below.

The Valve Source Filmmaker software is a great way of creating short animated films using the components from Valve games such as Team Fortress 2 and more.

Turbulence won best overall movie in this years Saxxy Awards out of a huge range of entries. Valve Explains more :

We say this every year, but we had an especially hard time this year choosing the winners of the Saxxy Awards. The Extended category in particular was overflowing with quality submissions – who knew that the Heavy could be so adorable or so creative, how dark Nick’s backstory was, and how hilariously terrifying a plane full of Scouts could be!

Congratulations to all the winners of the 2015 Saxxy Awards, who will be receiving the coveted Saxxy Award, equipable in Team Fortress, and to the Overall Winner, whose team will be flown out to meet the folks that make movies and games here at Valve.

Best Drama (also the only Dota 2 video): Together We Stand – NoxStudio