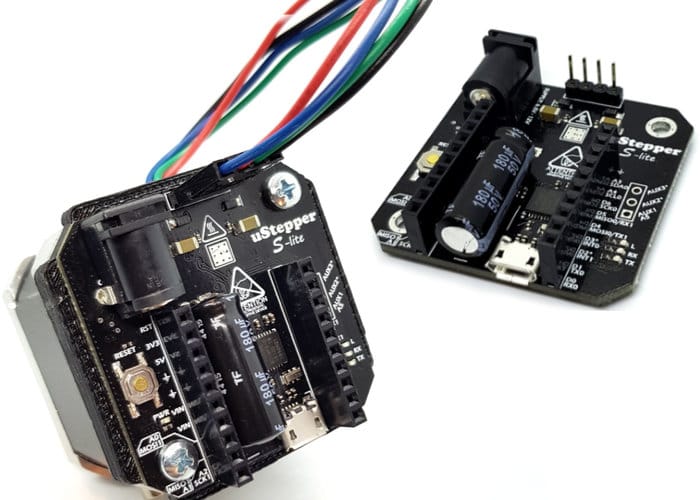 Makers, developers and Arduino enthusiasts searching for silent stepper drivers with high resolution encoders which are also Arduino compatible. May be interested in the new range of uStepper S line devices created by ON Development IVS based in Aalborg, Denmark.

Watch the demonstration video below to learn more about the Arduino compatible MCU which features a super slim design and is now available to back via Kickstarter, with pledges available from £31. Features of the uStepper hardware include :

– Program uStepper with ease using the Arduino IDE and our extensive Arduino library !
– Make your stepper motor applications extremely compact !
– Make sure that you never miss a step again, thanks to the on-board encoder and control algorithm !
– Improve your 3D Printer / CNC or similar machine, by adding uStepper to correct for missed steps !
– Get started with robotics with the uStepper Robot arm or Delta Robot !

“uStepper both has the ability to drive the stepper motor, monitor position and has an onboard programmable microcontroller with a wide range of available inputs and outputs. All this is packed into a really small printed circuit board that fits right on the back of those small stepper motors (which are referred to as NEMA 17)”.

For more information and full specifications as well as a list of all available pledges jump over to the official uStepper crowdfunding campaign page by following the link below.