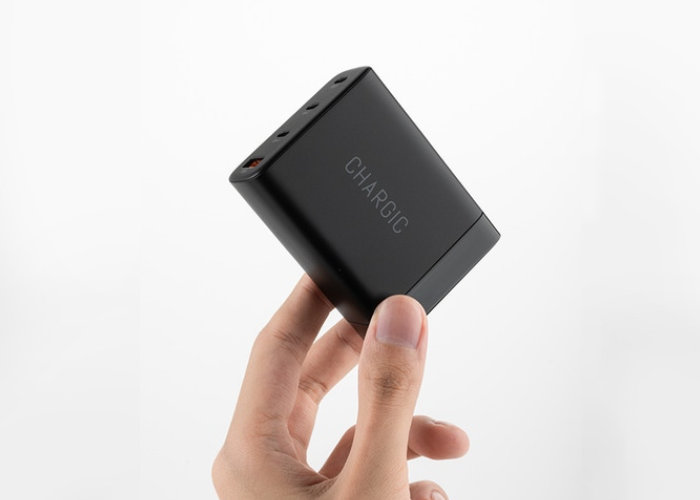 Chargic is a new 100W USB-C GaN Charger capable of quick charging 4 devices simultaneously thanks to its three USB-C ports and one USB-A port. Available in both 100w and 65w versions are available to back via Kickstarter with early bird pledges from $29 for the 65w Chargic GaN charger.

“100W CHARGIC supports USB-C with 100W output and can fully charge MacBook Pro (16-inch, 2019) which requires 96W of power supply. It is the next-generation high-power charger that you need now, and in the future. CHARGIC comes with 3 USB-C ports, supporting PD protocols and smart power splitting which is a first in the world. A single 100W CHARGIC can charge 3 MacBook laptops at fast speed simultaneously.”

Have you ever experienced these frustrating problems?

– Every smart device has a different charger and they always seem to end up in a big tangled mess of cables and charging bricks making it difficult to find what you need.
– Lack of a convenient portable option to replace bulky laptop wall charger.
– Different countries have different plugs and you need to carry extra converters and adapters while traveling.
– USB-C is becoming a standard for smart devices, but you find yourself needing a charger with more USB-C ports for future devices. 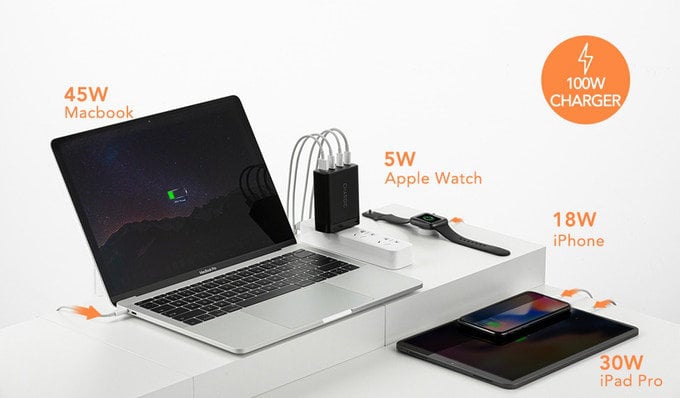 “Now, all of those problems are solved with CHARGIC – the smallest yet most powerful 100W or 65W GaN charge with 3 USB-C & 1 USB-A ports, capable of quick charging up to 3 laptops simultaneously or charging 4 smart devices of any kind at the same time. Small enough to be carried anywhere, CHARGIC is the only charger you need. “

Both 100W & 65W CHARGIC offer you the ultimate value for connectivity, compatibility, and most importantly versatility. But the 65W version is much smaller, just about the same size as an AirPods case. It can quickly charge most smart devices at their maximum speed with the exception of laptops. For more information jump over to the official Kickstarter project page via the link below.