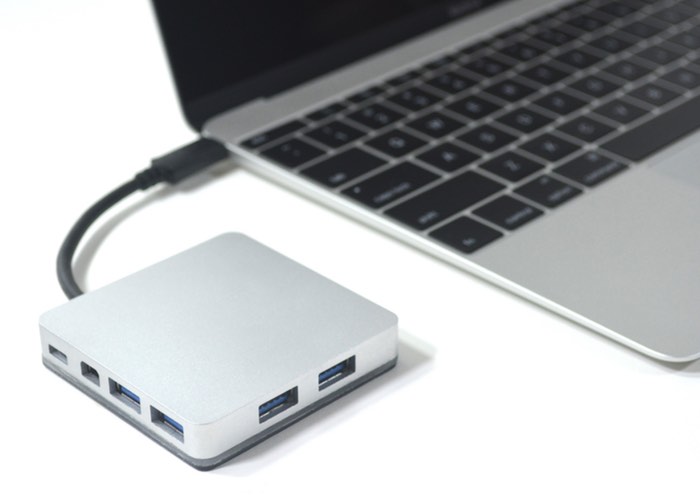 Those lucky enough to own one of Apple’s MacBook laptop systems might be interested in a new USB-C hub that is being created to suit the style of Apple products and is constructed from aluminium.

The aluminium Branch USB-C dock is equipped with a USB Type-C charging port, 4 x USB ports together with a handy MiniDisplay port and has taken to Kickstarter to raise $25,000. 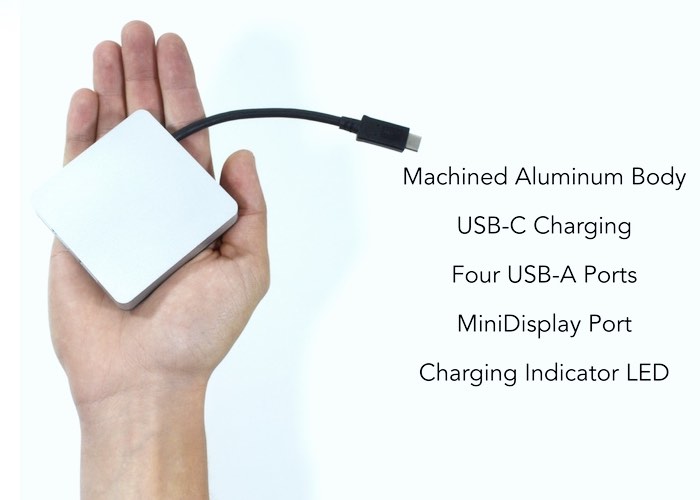 Watch the video below to learn more about this handy USB dock that is capable of enabling you to both and peripherals and charge your laptop at the same time. It’s also finished with a funky strip light LED that runs the whole way round the bottom of the device. Its developers and creators explain a little more about the inspirational design behind the Branch.

You have the world’s coolest and most sophisticated notebook. But now, you can’t plug any of your things into it. You’ve waited for that hub that never came. We feel you. That’s why we created Branch.

When we were designing Branch, we wanted to make something that would compliment the beautiful aesthetics of the new MacBook. We started with a machined aluminum body and gave it soft rounded edges. We then bead blasted the aluminum shell for a finish identical to that of the Mac. The Branch looks phenomenal with your new MacBook whether it is silver, gold, or space gray.

We then added wrap-around LEDs that not only look awesome, but also serve as a charging indicator. Orange for charging, Green for fully charged. Off when the charger isn’t plugged in. Familiar. The LEDs are fined tuned to glow evenly around all corners of the dock.

For more information on the new Branch jump over to the Kickstarter website for details and to make a pledge from $89 for early bird backers.