The US Government has seized a number of sites in the US related to copyright infringement, one of the sites seized is a BitTorrent search engine called torrent-finder.com.

If you visit the site, you will see the following message (pictured below), which shows that the site has been seized by ICE and Homeland Security Investigations. 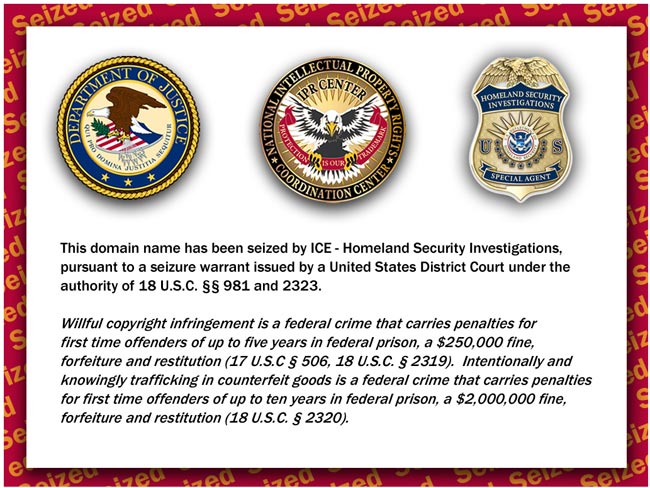 The seized site doesn’t host any torrent files, and has no torrent tracker, it also list no copyright works, unless someone searches for it, the site is in effect a search engine, similar to Google, albeit specifically for BitTorrent files.

The owner of the site told the guys over at TorrentFreak what happened to the site when it was seized by the US Government.

“My domain has been seized without any previous complaint or notice from any court!”

“I firstly had DNS downtime. While I was contacting GoDaddy I noticed the DNS had changed. Godaddy had no idea what was going on and until now they do not understand the situation and they say it was totally from ICANN,”

A number of other sites were also seized in the crack down by the Department of Homeland Security.