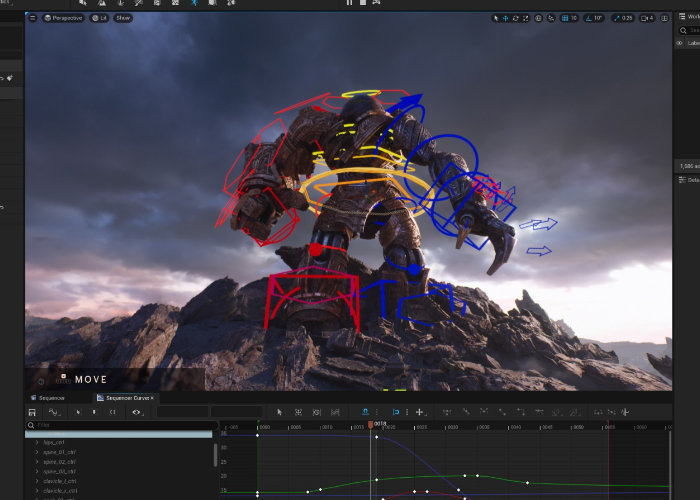 “Today, we’re excited to announce that Early Access to Unreal Engine 5 is now available. While our ultimate goal is for UE5 to empower creators across all industries to deliver stunning real-time content and experiences, this Early Access build is intended for game developers who like to live on the bleeding edge to start testing features and prototyping their next games.”

“This Early Access build of Unreal Engine 5 is not production-ready, but this is where, for the first time, you can get your hands on some of the technology that caused so much excitement when it was showcased in last year’s announcement—not to mention some you’ve never seen before. Here’s a roundup of the key new features that are ready for testing today.”

“Artist-friendly tools like Control Rig enable you to quickly create rigs and share them across multiple characters; pose them in Sequencer, and use the new Pose Browser to save and apply the poses as assets; and use the new Full-Body IK solver to easily create natural movement. Meanwhile, Motion Warping enables you to dynamically adjust a character’s root motion to align to different targets—for example, vaulting over walls of different heights—with a single animation.”

For more information on all the features you can expect to enjoy when using Unreal Engine 5 jump over to the official website by following the link below.