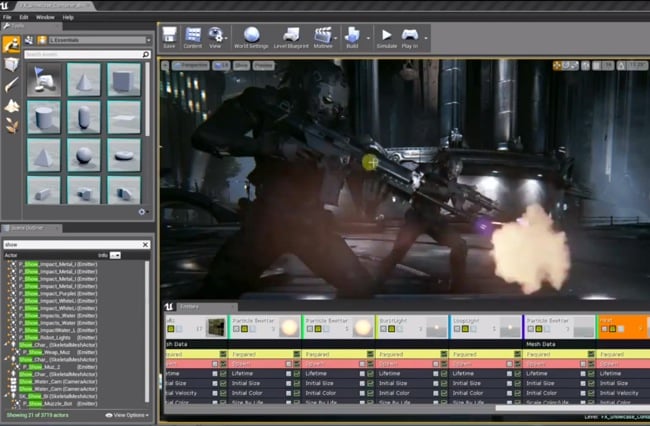 Demonstrating how the GPU particle simulation and collision, dynamic particle lights and other visual effects are used to ground the world and add richness to the environment in Epic’s Infiltrator real-time demonstration that has been built using the Unreal Engine 4.

The Unreal Engine 4 demonstration video has been created by Epic engineers Tim Elek and Zak Parrish and more are expected to be created in the future revealing more of the features and tweaks that can be made to the Unreal Engine 4 to make your projects look more realistic and blow the socks off anyone that see them.

The original demo can be seen below and was originally released back in April of this year by Epic together with the demo from Digitial Foundery showing the Unreal Engine 4 running in real-time on PlayStation 4. Enjoy!