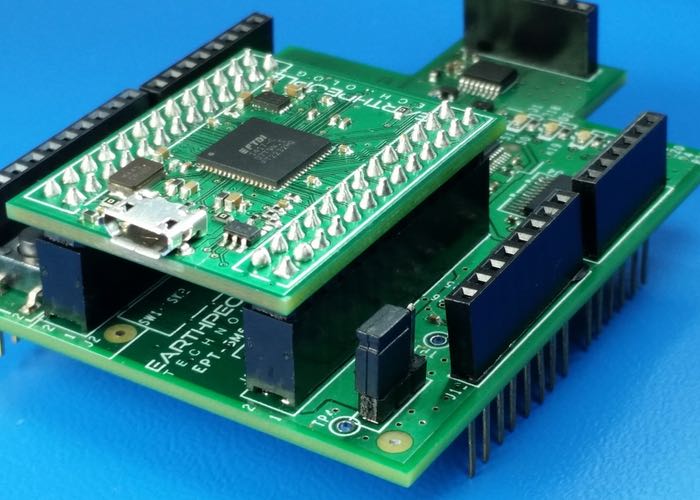 Makers, hobbyists and developers that are looking for an ultra Low cost 4 Channel 300KS/s Oscilloscope that is both Arduino compatible and been specifically designed to complement the DIY test bench.

Maybe interested in the UnoProLogic2 open source oscilloscope that has been created by Earth People Technology.

The UnoProLogic2 project is currently over on the Kickstarter crowd funding website looking to raise $1,800 in pledges to make the jump into manufacture.

“The Do It Yourself (DIY) Electronics world has evolved into a complex world of microcontrollers and high speed digital busses. The average DIY project has at least one microcontroller, two communication peripherals, two power supplies and one LED.

The complexity of building a project has been made easier by using standard hardware such as Arduino, Raspberry Pi, Beagle Bone and others. However, when the inevitable bug arises, you must have some way to troubleshoot that bug.

Test tools are the DIYers best solution to the problem of detecting and fixing bugs. A multi-channel scope is indispensable for measuring timing relationships between outputs, or between an input on one pin and the output in response to that pin on another.

You don’t need an expensive scope. At the low clock speeds Arduinos operate, one of the hobbyist USB scopes would suffice. However, test tools especially USB scopes are quite expensive.”

So if you think UnoProLogic2 is something you could benefit from, visit the Kickstarter website now to make a pledge and help UnoProLogic2 become a reality.