The Samsung Galaxy Note 3 is expected to launch in the UK on the 25th of September, the handset will also launch in the US with a number of mobile carriers on the 1st and 2nd of October.

According to the guys over at Sammobile, Best Buy will stock the new Samsung Galaxy Note 3 from the 19th of September, the news comes from a photo of Best Buys internal stock system. 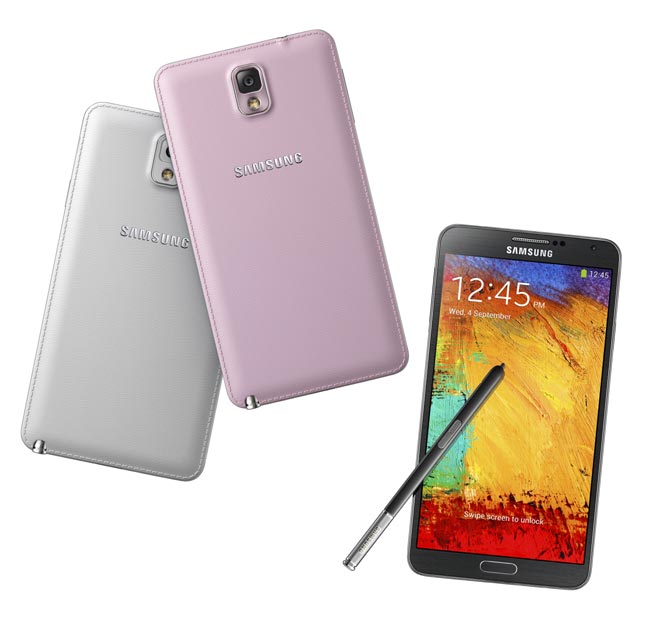 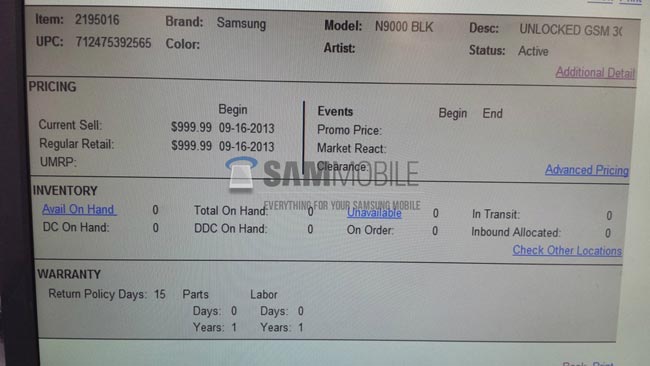 The version of the Samsung Galaxy Note 3 that Best Buy will apparently stock is the Samsung Exynos powered version, the inventory system has the device listed at $999, although this is probably a placeholder price for the handset.

As a reminder the Samsung Galaxy Note 3 comes with a 5.7 inch Super AMOLED full HD display with a resolution of 1920 x 1080 pixels, the device is powered by a quad core 2.3 GHz Qualcomm Snapdragon 800 processor for the 4G LTE version, and a Samsung Exynos processor for the 3G version.

The handset also features a choice of 32GB or 64GB of built in storage, plus 3 GB of RAM and a microSD card slot, it comes with a 13 megapixel camera.

Considering that the Samsung Galaxy Note 3 wont actually launch with any of the US carriers until the 1st of October, we wonder if Best Buy will actually sell the Note 3 from the 19th, I guess we will find out on Thursday.