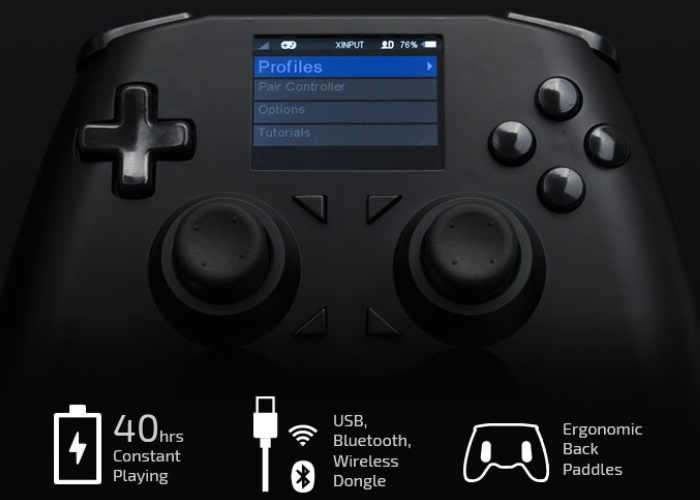 Digital Depth has created a new universal controller which they say is the world’s first universal and fully customisable game controller that supports game consoles, PCs, tablets and smartphones.

Equipped with an easy to view interface that allows you to configure, modify and tune up to 16 profiles from the integrated screen, the universal controller is capable of connecting to Xbox 360, Xbox One, PlayStation 3 and PlayStation 4 and support for the Nintendo Wii, WiiU and Switch consoles will also be added very soon. 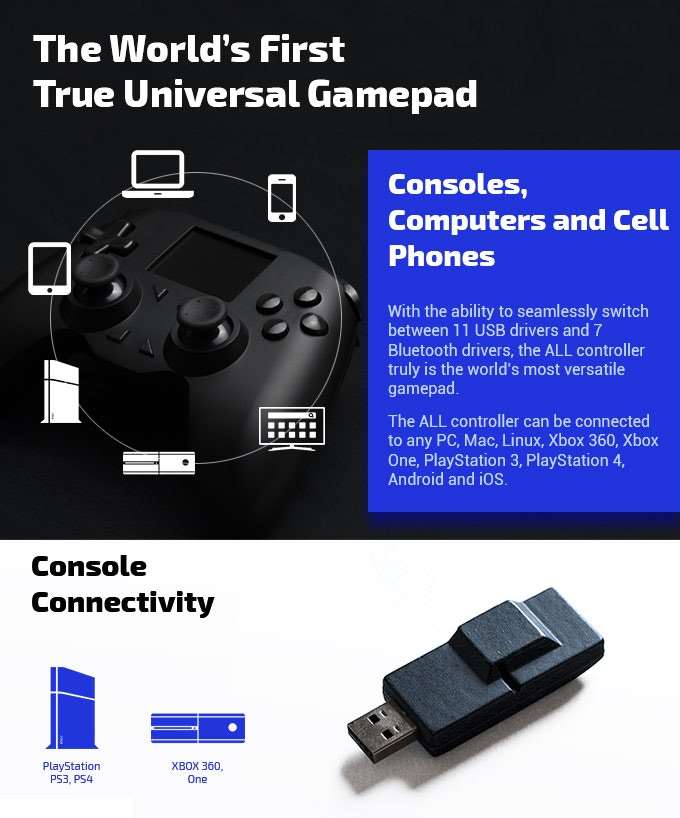 Connecting to consoles will be as easy as plugging in the custom USB adapter. This device will allow the ALL Controller to connect to the XBOX 360, XBOX One, PlayStation 3 and PlayStation 4. Added support for Nintendo Wii, WiiU and Switch will be added as well. On top of that, the USB adapter will have all 11 USB drivers available for wireless use with any Windows, Mac, Linux, or Android game.

As gamers, we are constantly in pursuit of the perfect gaming experience, and if our years of gaming has taught us anything, it’s that one size does not fit all. We interact with gamers on a daily basis, and from that we’ve learned that gamers have preferences, but not a lot of choices. This is what the ALL Controller truly represents; choices. The freedom to choose your gamepad configuration, the freedom to choose your platform and the freedom to play anywhere.

We’ve spoken to hundreds of gamers who have contributed thousands of ideas that have found their way into our gamepad. So, although we initially designed the ALL Controller for ourselves, it’s everyone’s controller now. And it’s a controller that we’ll never stop improving upon, because it’s not about the product, it’s about the passion. 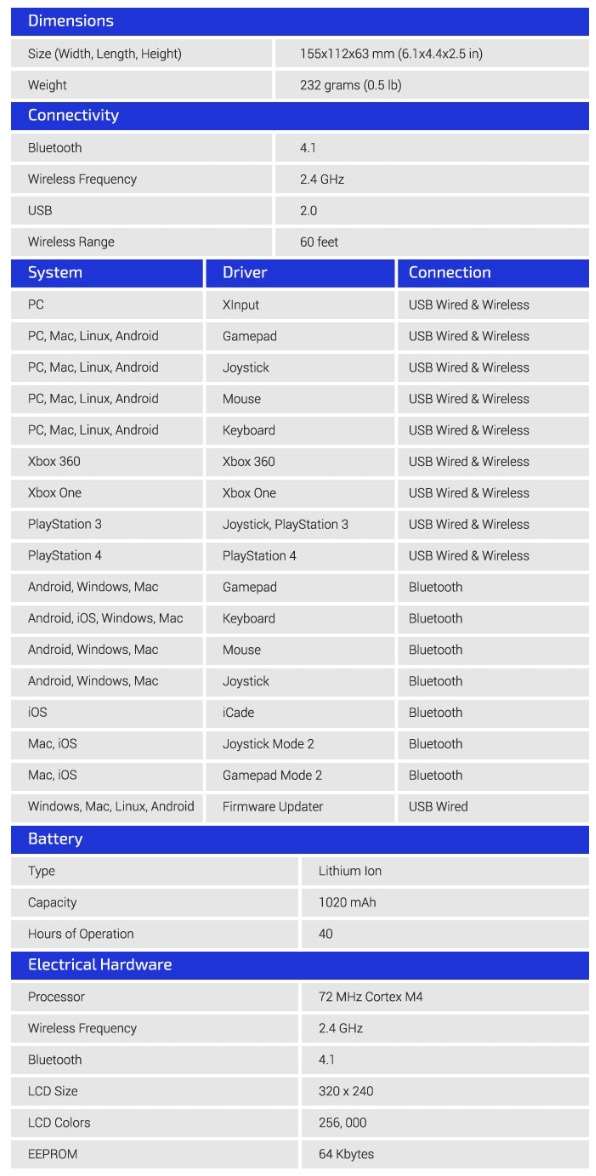 Jump over to Kickstarter for more details and to make a pledge via the link below.