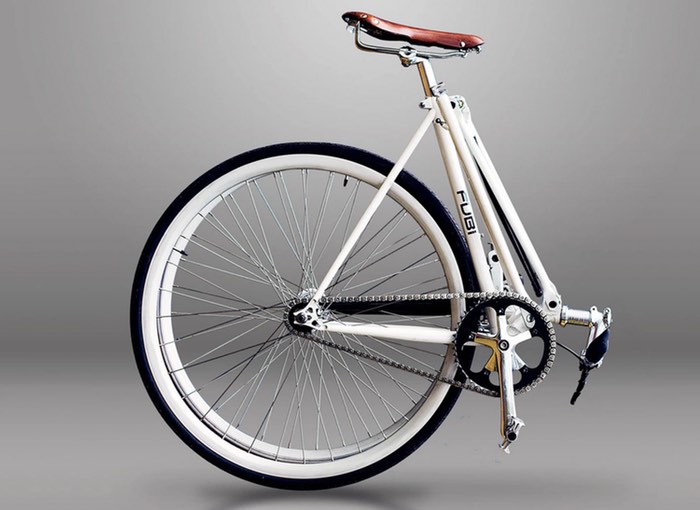 Fubicom has created a new folding bike system called theFUBi fixie that is capable of transforming a standard bike in to a folding bike saving you both space and making it easier to store yet providing all the advantages of having a full-size bike.

The FUBi fixie can be folded up in seconds, yet lets cyclists have the same features and design as a larger bike, keeping as much possible to the the traditional of a diamond shaped frame. Check out the video below to learn more and see the FUBi fixie in action.

The basic idea with FUBi fixie folding principle is to keep as much of the traditional diamond frame as possible. This allows you to transform your existing full-size bike into a folding bike. This without sacrificing riding performance and looks. FUBi fixie is a full-size folding bike with the same looks, price and riding features as a “normal” fixie/bike, yet can be folded with ease for convenient transport and storage. It’s a has full-sized 700C wheels.

FUBi fixie is designed with minimal changes to the existing bicycle design. FUBi uses only standard bicycle parts except for the frame. This allows you to use your own custom parts or any available standard parts. Experience the best riding performance among folding bikes. It has the same performance as a normal fixie.

For more information on the new FUBi fixie jump over to the Kickstarter website for details and to make pledge via the link below.