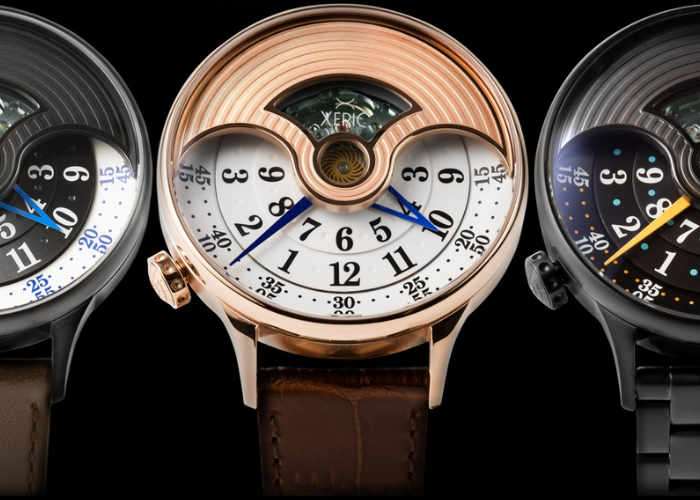 A unique watch has been created by the team over at Watchismo who have created a mechanical automatic timepiece that has been inspired by the past, yet “designed for the future”.

Blending “classic and modern” together in a wrist worn timepiece the San Francisco-based company has once again launched by a Kickstarter and already nearly raised three time its required pledge goal with still 43 days remaining on its campaign.

Watch the video below to learn more about the Evergraph automatic watch by Xeric.

Nothing withstands the test of time better than great design. Ideas come and go, and trends fade, but something well-crafted will leave its mark forever. We’ve launched three successful Kickstarter campaigns prior to the Evergraph. Back in 2013 with the Xeriscope, 2015 with the Halograph, and 2016 with the Soloscope. Our Kickstarter backers are playing an important role in shaping the future of the watch industry and design.

The spirit of the Evergraph comes from the city of San Francisco. This iconic city seamlessly contrasts the world of yesteryear with a modern core of technology and design. We wanted to imagine what a Xeric watch might have looked like if we designed it a hundred years ago but also maintain an aesthetic that will look just as timeless a hundred years into the future.

To bring the Evergraph Automatic to reality, we need to know that we’re on the right track with support from like-minded people like you who take pride in standing out from the crowd. Those who have supported our past three Kickstarter campaigns often tell us they’re tired of flamboyant watches that merely express status as well as boring watches that say nothing at all. We are finding new ways to offer affordable, limited edition mechanical watches to fill that void. The Evergraph Automatic is our most classic-yet-modern design to date.