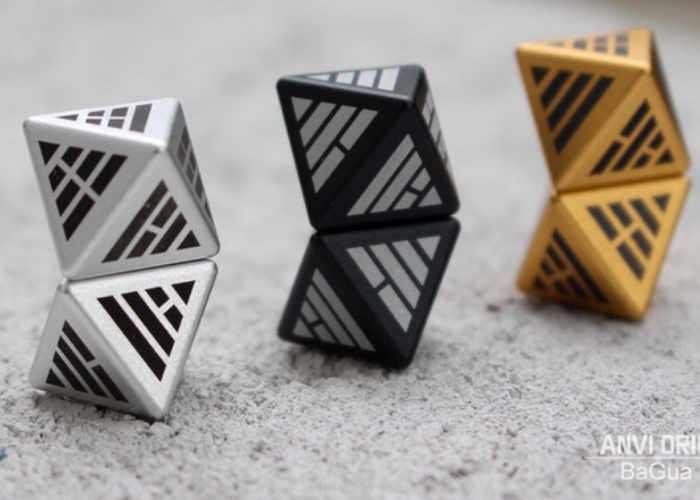 Desktop gaming peripheral maker Anvi Original has created a new set of unique dice which are adorned with ancient symbols and take the form of the BaGua Metal Binary dice.

Watch the promotional video below to learn more about the unique aluminium dice which rather than showing the standard darts sport an ancient binary number system from a different culture.

The creators of the unique BaGua dice explain more about their creation and markings :

Fu Xi, one of the Three Sovereigns at the beginning of the Chinese dynastic period, invented the mysterious BaGua Diagram, with the famous Yin Yang in the center.

• BaGua influenced Chinese culture for thousands of year. Many modern Chinese people still conduct their life according to BaGua.
• The eight symbols each representing: Heaven, earth, thunder, wind, waters, flame, mountains, swamp. And there are many more interpretations of these eight symbols.

Binary algorithm. So how do we calculate binary numbers?

• Decimal system: Decimal counting uses the ten symbols 0 through 9. Counting begins with the incremental substitution of the least significant digit (rightmost digit) which is often called the first digit. When the available symbols for this position are exhausted, the least significant digit is reset to 0
• Binary system: Binary counting follows the same procedure, except that only the two symbols 0 and 1 are available. Thus, after a digit reaches 1 in binary, an increment resets it to 0 but also causes an increment of the next digit to the left.

Jump over to Kickstarter for more details ad to make a pledge from AU$20 with shipping during June 2017.