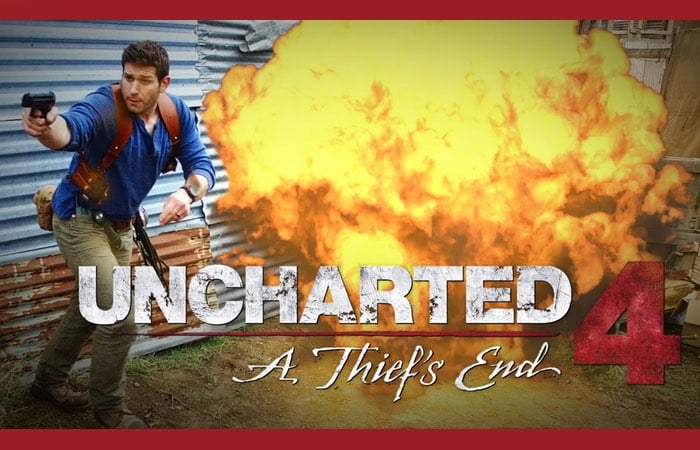 Uncharted 4 fans are sure to enjoy this real live action short movie which has been created by Freakin Rad and provides an excellent recreation of the Uncharted 4 and gameplay.

Check out the real-life Uncharted 4 action in the video below, for more short movies created by the Freakin Rad team Jump over to their official YouTube channel via the link below.

It was revealed earlier this week that sales of Uncharted 4 pass 2.7 million in just the first week after launch, making the new and final game in the series Uncharted series which sees Nathan Drake once again take up his role as treasure hunter, explorer and adventurer a smash hit for the games developers and publishers.

Nathan Drake will do anything to save his wife Elena in this one take live action 4k Uncharted 4 gameplay video in real life.