Victorinox have updated their range of USB drive penknives to now include supposedly  “un-hackable”  systems that keep your data safe from prying eyes.

Victorinox were so confident in their device they offered a £100,000 prize to a team of “professional hackers” if one could hack the device during the companies launch event. All failed. 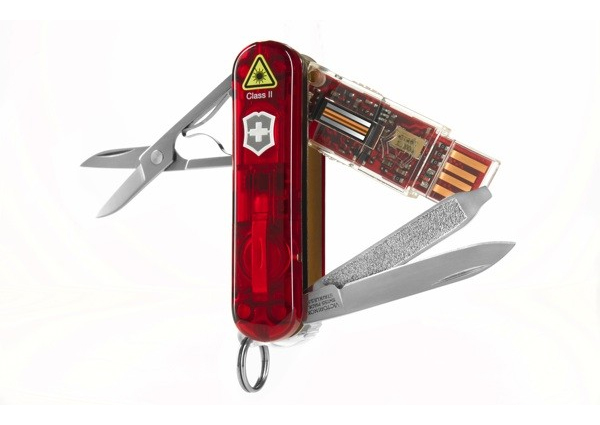 The security in the new knife is a combination of its AES256 technology and fingerprint security and the self destruct mechanism that destroys the memory chip and CPU within the device if a hack is detected.